DOOL Spoilers: Should MarDevil Stay Or Should She Go? Vote Now! 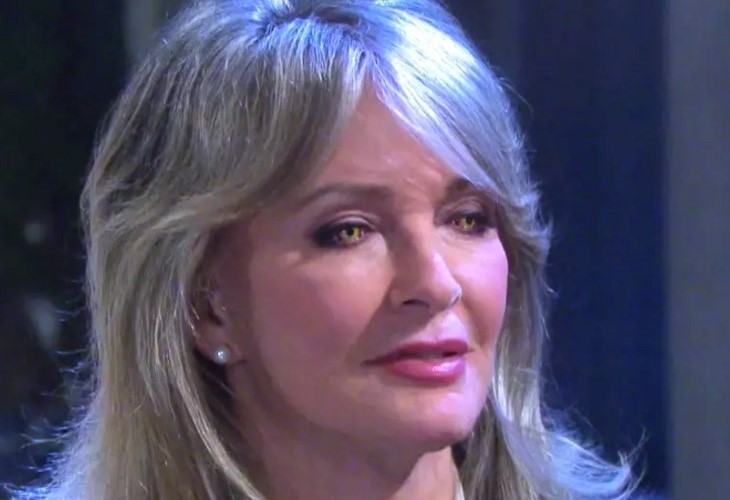 Days of Our Lives spoilers reveal The Devil continuing to wreak hellish havoc throughout Salem. Is this the engrossing and entertaining story you’ve been waiting for or would you prefer something a little less other-worldly? You tell us!

Days Of Our Lives Spoilers – The Devil Comes Back To Daytime

You were here for Marlena’s possession on DOOL in 1995 and you are here for it now. There were few stories that caught your attention in the 90s as much as saintly Dr. Marlena Evans (Deidre Hall) being led astray due to her love for John Black (Drake Hogestyn) and opening up a window (or in this case, an armoire) for The Devil to possess her. Of all people to attract Satan, Marlena seemed like the most unlikely character.

You couldn’t stop watching in 1995 as Marlena levitated, morphed into a jaguar, and a priestly John had to exorcise The Devil from within her and you can’t wait to see how it plays out now. In fact, the levitation is back and The Devil is involving himself in more lives, entering Marlena with Doug Williams (Bill Hayes) as his portal and playing with Ben Weston’s (Robert Scott Wilson) mind so he can possess the baby he and Ciara (Victoria Konefal) create together.

You even get to watch the old scenes juxtaposed with the new, as Johnny DiMera (Carson Boatman) makes a movie about that time long ago when his grandmother was possessed. It was so long ago nobody even bothered to tell Johnny it happened. Watching Abigail (Marci Miller) play a younger Marlena and Allie Horton (Lindsay Arnold) play a younger Sami Brady is inspired.

DOOL Spoilers – Get Back To Non-Satanic Storytelling

You thought Marlena being possessed by The Devil was ridiculous in 1995 and you really don’t see how it’s not going to be just as ridiculous in 2021. It’s already ridiculous in your eyes because you’re just not buying the glowing eyes, Marlena whacking Julie Williams (Susan Seaforth Hayes) over the head with a metal tray, or that tape recording on The Devil’s voice taunting Marlena and giving marching orders.

You’d much rather see more true-to-life soap stories, but also realize that’s not part of the DAYS appeal. Still, even if DAYS does portray unrealistic stories every once in a while doesn’t mean it has to go the way of satanic possession again. Do you need this story to end now or can you not wait to see how it plays out? Let us know in the General Hospital poll below.

B&B Spoilers: Sheila And Deacon Play Trick Or Treat On Hope And Steffy