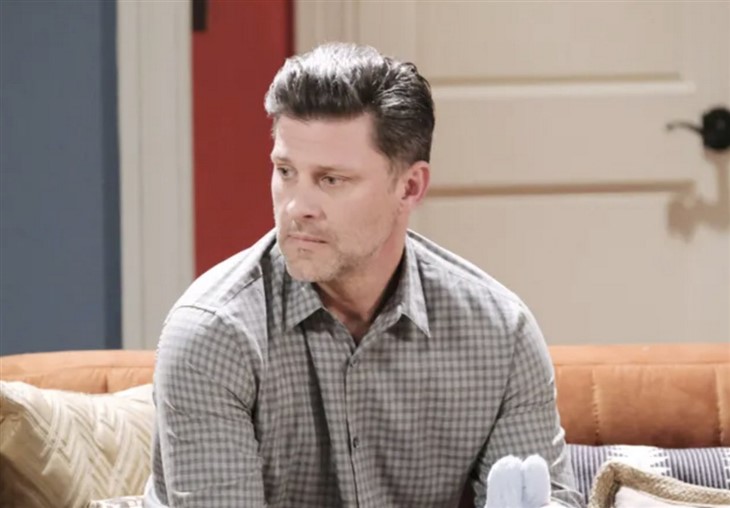 Days of Our Lives spoilers for the week of July 12 reveal that Eric Brady (Greg Vaughan) finally returns to Salem. Nicole Walker Brady (Arianne Zucker) will plan a party, which is most likely to celebrate Eric’s homecoming. Brady Black (Eric Martsolf) and Chloe Lane (Nadia Bjorlin) will attend the party together as a couple. We imagine they will help Nicole get past her guilt.

DOOL spoilers reveal that Nicole has waited for her new husband to come home for nearly a year. When Eric was asked to go to the Congo to help villagers because they trust him, he turned it down. However, Nicole couldn’t let him miss out on the opportunity, especially if he felt called by God to do it. He was only supposed to be gone for three months. As fans know, those three months have turned into nearly a year.

Nicole got frustrated and lonely after an upsetting phone call with Eric. She got drunk and slept with Xander Cook (Paul Telfer). Even though she should be honest and confess what she did, Nicole insists on keeping it a secret. You would think by now she would realize that these kinds of secrets always come out in the end.

When Eric comes home, there will be a party. Although it’s not specified what the occasion is, chances are it’s to celebrate Eric’s homecoming. Nicole will be happy to see her husband and the two get some much-needed time together. However, Nicole can’t seem to move past her guilt. Eric will suspect that something is wrong and encourages Nicole to talk to him about it. She can’t bring herself to confess, though.

Days Of Our Lives Spoilers – Brady Black Brings A Date

Days of Our Lives spoilers reveal that Brady and Chloe will attend the party together. As of right now, Chloe is in a love triangle and is struggling to choose between Brady and Philip Kiriakis (Jay Kenneth Johnson). She decides to take Belle Brady’s (Martha Madison) advice and give Philip a try. Things change quickly, though. Brady pulls Chloe in for a passionate kiss and guess who happens to see them? That’s right, it’s none other than Philip. So, by the time the week of July 12 rolls around, Brady and Chloe might officially be a couple.

Brady has already promised Nicole that he would help her deal with Xander’s blackmail. So, he will likely take a few minutes to make sure everything is okay between Eric and Nicole. When she tells him that she just feels so guilty, Brady will try to reassure her.

Brady won’t be the only one to help Nicole, though. Chloe finds out that Nicole and Xander slept together. She also becomes aware of Xander’s blackmail and Sami DiMera’s (Alison Sweeney) search for proof of the affair. Meanwhile, Sami is having her own affair with Lucas Horton (Bryan Dattilo). Chloe will not only offer her support and encouragement to Nicole during the party, but will help expose Sami and Lucas to EJ DiMera (Dan Feuerriegel).