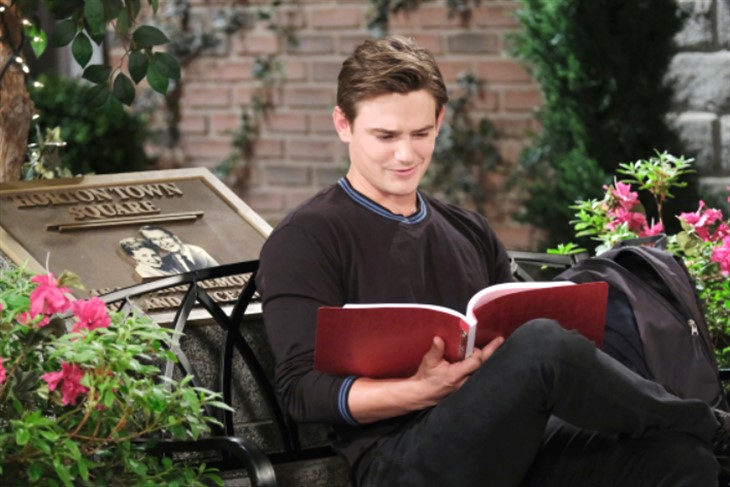 Doug and Marlena have already been targeted, Paulina molested and Julie locked in a freezer. John will be kidnapped and locked away so he cannot help the citizens of Salem by performing another exorcism.

According to NBC Days soap spoilers, John Black (Drake Hogestein) has a bad feeling about his namesake Johnny Dimera’s (Carson Boatman) film on his wife Marlena Evans (Deidre Hall). John discussed with Abe Carver( James Renolds) how he is concerned that all the talk about possession could open Pandora’s box full of evil. John has been looking at his cleric collar and Bible and spoilers indicate he will soon need them.

Once Marlena is fully possessed the demon controlling her will have to get rid of John. Spoilers indicate that the evil spirit will have Marlena kidnap her husband and hold him captive. The devil recalls that John is the one who exorcized him 25 years ago and viewers also know this. Since John knows how to cast out the evil he must be dealt with so the demo can control Marlena.

DOOL spoilers tease that with John out of commission the good people of Salem will suffer. It has also been revealed that this time around the devil has no limits and will do more damage than what happened 25 years ago. There will be twists and turns that Days execs say will surprise viewers.

All over Salem, the younger generation is expressing surprise up hearing the news that Marlena was once possessed by the devil. Johnny’s film research has resulted in confirmation that the story is true. questions are being asked and soon some answers will come forth as the demon runs amuck in Salem so stay tuned.