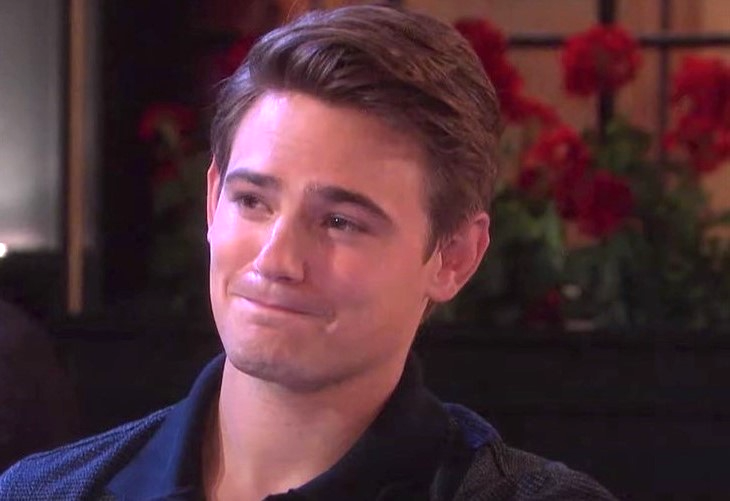 Days of Our Lives Spoilers tease that the past is coming back to haunt Salem. Not only is the devil possessing people once again, but a planned movie produced by Johnny DiMera (Carson Boatman) will bring some long-held secrets back in everyone’s mind. But Johnny didn’t write the script.

The story of Sami DiMera’s (Allison Sweeney) life was actually written by Will Horton (Chandler Massey) on Days of Our Lives. But some of the things that shaped Sami into her person she is will bring back painful memories for many Salem residents.

Johnny’s father EJ DiMera (Dan Feuerrigel) is one Sami’s loves. But Johnny plans to portray Lucas Roberts (Bryan Datillo) as the love of Sami’s life in the film, The truth is certainly up to debate as both men are still in Sami’s life today. In fact EJ plans on divorcing Sami because she slept with Lucas. So this will certainly fan the flames of EJ and Lucas’ rivalry. EJ will be furious that he will play second fiddle to Lucas in his own son’s movie!

DOOL Spoilers – Marlena Evans And John Black’s Affair Will Be Shown On The Big Screen!

One of the biggest things that influenced Sami’s life was when she witnessed her mother, Dr. Marlena Evans (Deidre Hall) having sex with John Black (Drake Hogestyn) while she was still married to Sami’s father, Roman Brady (Josh Taylor). While Roman has said he’s fine with everything being portrayed on film, DOOL spoilers indicate John won’t be so happy. The event will make Marlena look bad, and John won’t want that to happen. Marlena herself might not noticed because she is a little busy being possessed by the devil. Again.

Days Of Our Lives Spoilers – This Isn’t The First Time That Marlena Evans Has Been Possessed!

One other thing the film is slated to cover is Marlena’s original possession by the devil. While this might seem too outlandish to be factual , Will has confirmed to Johnny that it actually happened. Days of Our Lives spoilers show Johnny asked his grandmother about the possession, she laughed it off. But now that it’s happening again, Johnny might get more than he bargained for if he pushes Marlena for more information!

Will Johnny’s movie bring back a lot of painful memories for long-time Salem residents? How will EJ feel about Lucas being portrayed of the love of Sami’s life? And what about Marlena’s affair and possession? Literally anything can happen in Salem, so stay tuned to Days of Our Lives airing weekdays on NBC. And don’t forget to check back right here regularly for all your Days of Our Lives news, information and spoilers!

90 Day Fiance: Who Is The Richest Cast Member?