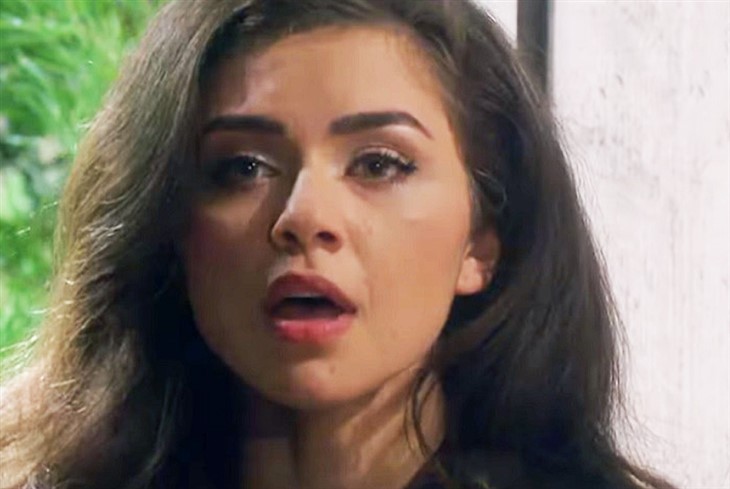 Days of Our Lives (DOOL) spoilers reveal amazing news in Salem for Cin fans as Ben’s last-shot plan of getting Ciara to remember everything about their life together actually works.

Days of Our Lives Spoilers: Ben Weston Does What He Set Out To Do

Fans will recall that before the Olympics break, Ben (Robert Scott Wilson) had kidnapped Ciara (Victoria Konefal) from her wedding to Theo (Cameron Johnson), just like Bo Brady (Peter Reckell) did decades ago when he kidnapped Hope (Kristian Alfonso) right before she was going to marry Larry Welch (Andrew Masset). While Bo made sure a cigar-smoking Howie Hofsteader walked down the aisle under a veil, Ben wasn’t as creative and it was just Claire (Isabel Durant) there when Theo tried to get a look at his bride’s face.

But just like her mother, Ciara is furious at Ben and tries to resist him at first, demanding he brings her back to the church so she could go ahead and marry Theo, her best friend whom she has known her entire life. Nope. Ben won’t be doing that. Instead, he takes her to the cabin where their love story first began. The cabin that has been set on fire several times now and is miraculously still standing, so of course, it’s the cabin where a miracle takes place.

It’s All Coming Back To Ciara Now

Somehow, Ben manages to sprain his ankle when they get to the cabin and Ciara helps him with the injury. This brings back flashes of memory of their first time there when her leg was broken and Ben set it and helped her heal. Somehow, Ben also manages to get some Chinese delivery to the cabin and they feast on their favorite food. The fortune cookie brings everything back to Ciara and she finally remembers being in love with Ben and marrying him.

So, it looks like Ben’s plan paid off and he will have Ciara back in his arms where she belongs. Does that mean they get to have another wedding that doesn’t involve bombs now that Ciara had the first marriage annulled? Will Theo fight for his bride and just be heartbroken and realize it was never meant to be?

With Cin back together again, anything can happen, but this is a soap, so don’t expect the couple to be happy for long. How boring would that be? Stay tuned to Days of Our Lives weekdays to see how this story plays out.

90 Day Fiancé: Happily Ever After? Tell-All Is Set To Totally Shock