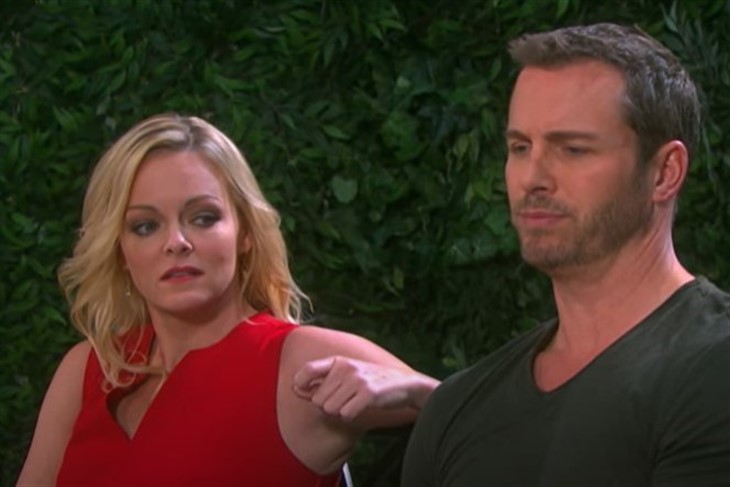 Days of Our Lives spoilers reveal that Brady Black (Eric Martsolf) insists that he did nothing to Philip Kiriakis (Jay Kenneth Johnson). Brady also denies having any alcohol despite the toxicology report. Belle Brady (Martha Madison) decides to investigate but what she finds doesn’t clear her brother. Instead, it just makes him look even guiltier.

DOOL spoilers reveal that Shawn Brady (Brandon Beemer) is investigating Philip’s disappearance and possible murder. Shawn has already admitted to Victor Kiriakis (John Aniston) and Kate Roberts (Lauren Koslow) that the prime suspect is Brady. Shawn knows that the evidence points to Brady being guilty, but doesn’t think a case can be made without a body. That’s when Philip’s prosthetic leg washes up on the riverbank.

Belle is determined to help clear her brother’s name and has already taken action. When DA Melinda Trask (Tina Huang) demanded Shawn arrest Brady, Belle stepped in as the suspect’s attorney. Belle went to talk to Brady at the hospital to find out exactly what he remembers. However, Brady doesn’t remember anything and insists he never had a drop to drink. So, Belle decides to head to the pub to find out if anyone saw Brady drinking or not.

“He’s totally shocked by it, but he doesn’t recall it and he’s not owning up to it.”

When even more evidence comes up that makes Philip’s alleged murder a slam-dunk case for the DA, Brady starts to lose hope. Even if he is found guilty, the only opinion Brady cares about is Chloe Lane’s (Nadia Bjorlin). It kills him that Chloe believes he might actually have done something to Philip.

Even though it appears that Philip faked the attack and is letting people think he’s dead to frame Brady, is it really that simple? Could there be something else going on? One possibility is Kristen DiMera (Stacy Haiduk) while another is the devil. So, we will have to see how Brady is cleared and what really happened to Philip.

The Kiriakis heir is most likely still alive as there are no reports of the actor leaving the soap. So, Philip probably isn’t dead and probably won’t go to prison for framing Brady… which means someone else took over where Philip left off.

90 Day: The Single Life: Big Ed Gets Shot At On A Date In Mexico