90 Day: The Single Life: Big Ed Gets Shot At On A Date In Mexico 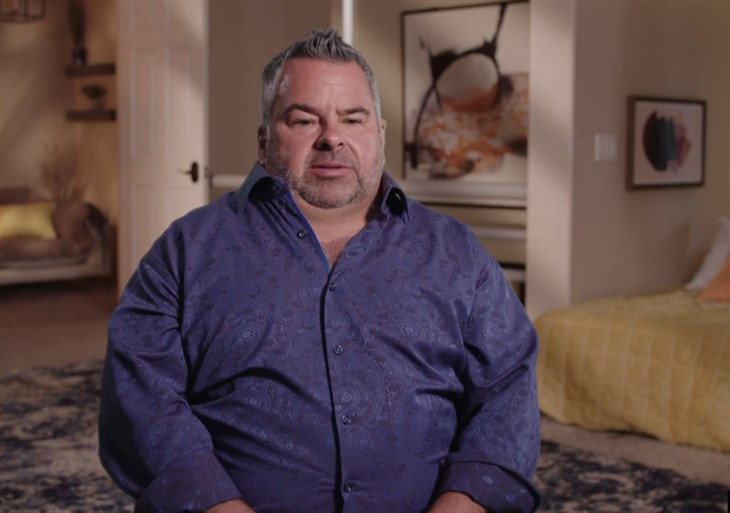 Fans might recall Big Ed hinting at a scary situation while appearing on 90 Day Bares All in October. The 90 Day Fiancé star couldn’t say much at the time, but he did tell host Shaun Robinson that he was shot at in another country. He hinted that it was going to be “surreal,” “action-packed” and full of heartbreak and laughter. On Friday’s episode of 90 Day: The Single Life that moment actually happened.

90 Day Fiancé star Big Ed Brown is currently starring in 90 Day: The Single Life and on Friday’s episode, he travels to Mexico for a first date. What seemed to be a promising date with a woman named Kaory turned shocking, as shots rang out and they had to run for cover.

Big Ed, 56, met Kaory, 38, through a friend and felt they had made a connection, even though they had only texted and had not yet met. The 90 Day Fiancé star said Kaory was different from his ex-girlfriend, Rose, who ended up dumping him in the Philippines. Ed said she was older than Rose and seemed more “real.”

Speaking of the meeting, he said, “I know this feels super rushed, but I’m ready to get on a plane and go to Mexico and meet her,” adding, “There’s always a danger and a thrill in moving fast, but I kind of like it.”

It turns out Ed traveled to Mexico with his mother, Norma for support, as she is Mexican and speaks the language. However, he did ensure he booked separate rooms so he would have privacy should things go well with Kaory. Ed did admit he was a little nervous about certain things, like the fact that Kaory is a single parent like he is, and is close to her son’s father.

The TLC reality star told the cameras that his mind was “racing about a hundred miles an hour.” He worried that Kaory wouldn’t like him, or that her son wouldn’t like him. Ed asked, “What if her ex-husband wants to beat me up? I mean, there’s a thousand things racing through my mind, but I’m going to stay calm by just breathing.”

Ed explained that when he went to the Philippines to meet Rose, they had some chemistry at first, but the relationship was like a rollercoaster and didn’t work out – he ended up going back home alone.

Big Ed ensured that he was wearing his lucky underwear and socks for the date and said he was just going to be himself and hope for the best. However, on his way to his date, it started raining and Ed started to believe that this could be a sign.

Despite this, when he met Kaory at the restaurant, they gave each other a warm hug. She told the cameras how nervous she was to meet Ed and that she didn’t have any expectations. In fact, Kaory said her first impression was that his red shirt matched his red skin. “Red like flame,” she told the cameras, laughing.

It turns out Ed and Kaory shared a sense of humor about their language barrier and he gave her a spiritual gift that he had bought from a mystic shop in San Diego, California. Ed told the cameras that with both Rose and his former girlfriend, Liz, he had definitely tried to impress them with money. However, with Kaory, she would have seen right through him if he’d tried to buy her a Gucci handbag and would feel offended. Ed believed the mystic rocks he bought her had more meaning as she is a spiritual person.

90 Day Fiancé Spoilers – Shots Ring Out On The Set

While everything was going well between them, Ed and Kaory’s date was rudely interrupted. Two women in the background could be heard telling the cameras to cut, just as loud shots rang out.

Kaory, Ed and the 90 Day: The Single Life cameramen and producers ran for cover, with Kaory exclaiming, “Oh Jesus Christ, it can’t be.” As she said a prayer, sirens could be heard in the background.

As 90 Day Fiancé fans know, in real life, Ed is now back with Liz and they are officially engaged. Maybe being shot at on a date with Kaory made him realize that she was the one for him?

Watch the next episode of 90 Day: The Single Life on Friday on discovery+.