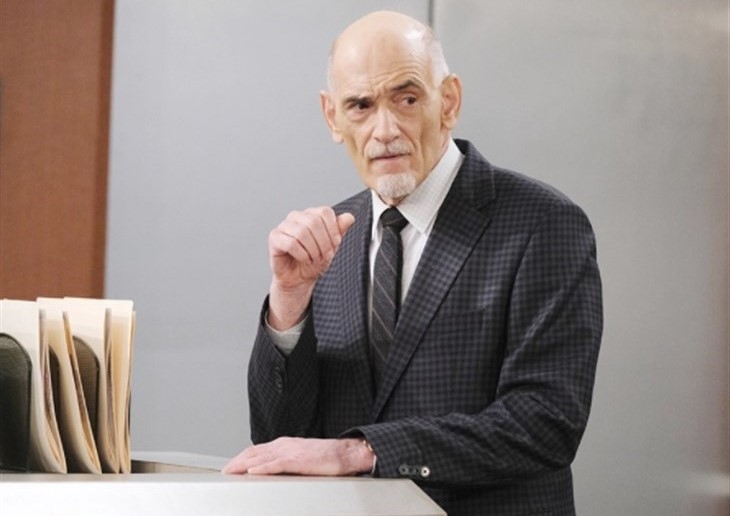 Days of Our Lives (DOOL) spoilers reveal that previously Dr. Wilhelm Rolf (William Utay) pushed Gwen Rizczech (Emily O’Brien) to explain why she hates the Deveraux family so much. At the time, she wouldn’t say, but Dr. Rolf has found out everything since then. It is the mad scientist who tells Chad DiMera (Billy Flynn) the jaw-dropping truth about Gwen and exposes her secret.

Days Of Our Lives Spoilers – Chad DiMera Does Damage Control

DOOL spoilers reveal that Chad’s cheating is discovered, but he isn’t the one to tell Abigail DiMera (Marci Miller) the truth. Instead, it comes from the worst person possible… Gwen! She informs Abigail about what a stud muffin Chad is in bed. At first, she doesn’t believe her former nanny but then comes to realize that Gwen’s speaking the truth. Afterward, Abigail needs to get away from Chad for a little while and she takes the children with her.

After losing Abigail and the children, Chad decides to find out what Gwen is really up to. He visits Dr. Rolf at the prison and demands answers. The mad scientist usually doesn’t reveal anything unless there is something in it for him. So, either Gwen has ticked him off or Chad makes him a deal he can’t refuse.

Days of Our Lives spoilers from the new issue of Soap Opera Digest reveal that Gwen has held the upper hand for quite some time. However, she will encounter an obstacle when she is exposed by Dr. Rolf. That’s right, he ends up telling Chad everything, including Gwen’s big secret. Now, one would think that this would give Chad some ammunition against the nasty ex-nanny. However, Gwen is always one step ahead and this time is no different.

It is teased that same week, Gwen tells Jack Deveraux (Matthew Ashford) and Jennifer Horton (Cady McClain) her life story. They are shocked to hear the details of what has happened to her. They are also mortified that it is all connected to something – or someone – from Jack’s past. It seems that Chad will come roaring in announcing he knows Gwen’s secret, but she has already gotten to Jack and Jennifer. Her story is so emotional and devastating that “JnJ” are sympathetic. What’s Chad going to do now?

What do you think Gwen’s secret could be? It has to be more than just a paternity secret. Could murder be involved? That’s the only thing that makes sense considering the level of hatred that Gwen has for the Deveraux family. After all, trying to melt your half-sister’s brain because your daddy wasn’t around is a bit much, don’t you think?

Be sure to catch up on everything happening with DOOL right now. Come back here often for Days of Our Lives spoilers, soap opera news, and updates.