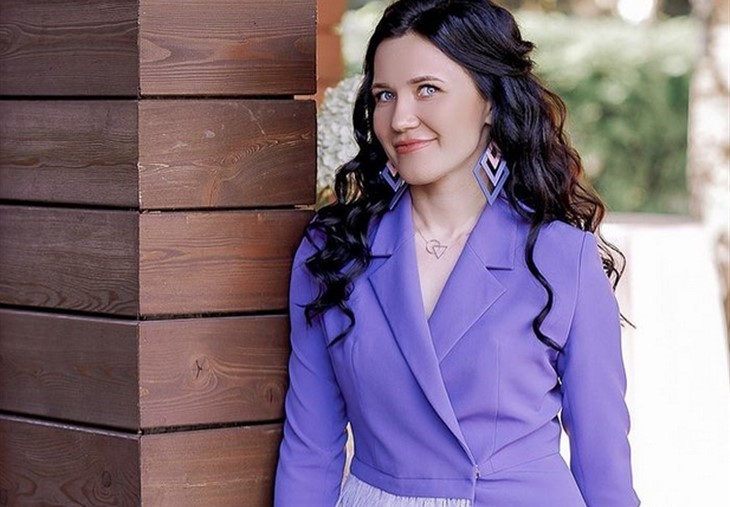 The last 90 Day Fiancé fans saw of Varya Malina and Geoffrey Paschel on the TLC reality show, he had proposed to her and she had accepted. For more than a year since that time, fans have been wondering if Varya and Geoffrey are still together. The Russian beauty has made it pretty clear that she is States-side, but has otherwise played coy. However, she has recently opened up about the difference between Russian and American women.

As fans of the TLC reality show know, Geoffrey is bad news. He has drug-related charges in his past, along with allegations of domestic abuse from his many exes. Fans will remember that the first time he proposed, they were in Russia, and Varya had just found out about the drug-related charges, so she said no. After he returned to the US, she had a change of heart and traveled to Tennessee to visit him. This led to the indomitable Geoffrey proposing again and this time she said yes.

While Varya keeps coy about whether she is with Paschel, she has made it abundantly clear that she is in the USA. She regularly makes posts on social media, revealing a little of her life in America and generally looking gorgeous.

However, Varya opened up a little more in a recent post, where she explains the difference between American and Russian women.

It turns out she believes that many Eastern European women prefer being “coy”, while American women take more initiative in relationships. In fact, Varya referred to this as a “prey pretending” strategy used to lure men. She said Russian women “evoke a natural hunting instinct,” while leaving it up to the guy to approach them. According to Malina, in Russia, men make the first step – or at least they think they do. 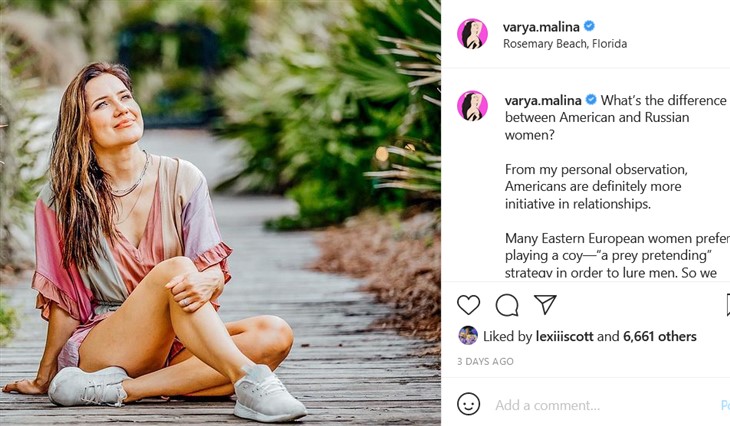 Varya continued writing that in different parts of the world, the rules are different. She wrote that it is harder for them to know how to behave on dates in the “era of the #MeToo movement.” According to Varya, men are now extra cautious and would rather be approached by a confident woman.

Varya said she often hears from other women that it is time for men to “man up.” So, let them do it, she says – don’t steal their opportunity to show off the nature of men. However, she did add that she believes that relationships work best where the guy has his hands on the steering wheel. However, the girl should not just be a passenger – she should be co-captain of the relationship.

Varya ended her rather deep post by asking her followers if they have ever made the first step towards a man. The responses were varied.

However, one lady did write that she would love them to do the pursuing. However, she says that’s not the way it works in the US anymore. According to her comment, nowadays a lot of men like to be pursued, but she personally prefers the old-fashioned way. Varya truly appreciated the comment, writing, “Exactly.”

However, another follower wrote that they prefer to throw away gender roles as they complicate everything. Readers, do you prefer the man to make the first move, or do you like to take the initiative? Let us know by commenting below.