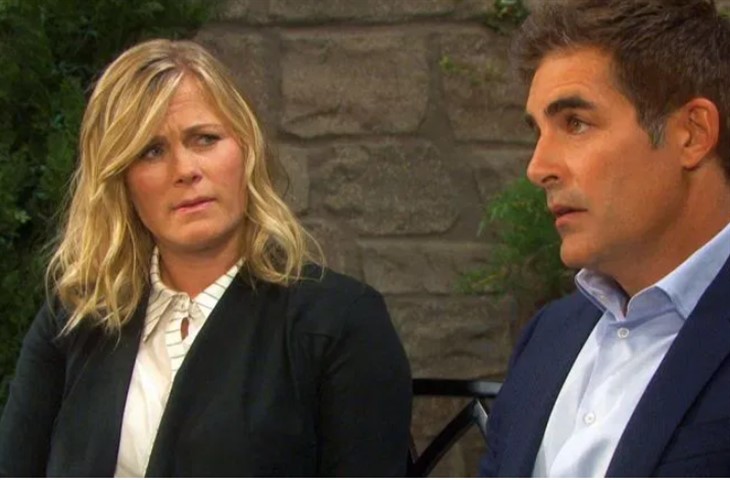 Days of Our Lives (DOOL) comings and goings spoilers reveal that we are finally going to see the return of Sami Brady (Alison Sweeney). This is the highly anticipated storyline that is expected to last about a year and is filled with emotion. We will also soon meet a new family that is connected to the Carvers. Maggie Horton Kiriakis (Suzanne Rogers) leaves Salem while two characters die.

DOOL comings and goings reveal that several months ago, fans were informed that Sweeney inked a new deal with the NBC soap. Instead of the short stints that we have gotten used to, Sami will be sticking around for about a year. It is an emotional storyline and based on her arrival, it has to be connected to Charlie Dale’s (Mike Manning) death. She will reappear in Salem on February 25 per Soap Opera Digest. Expect one of her first scenes to be with Rafe Hernandez (Galen Gering).

In March 2021, we will meet two new characters who are related to Abe Carver (James Reynolds) and Lani Price Grant (Sal Stowers). One is Jackée Harry, who plays Paulina. She is described as an extremely independent and successful businesswoman. She is direct, outspoken, and stirs up trouble in a fun way. Paulina has a daughter named Chanel, who will be played by Precious Way.

Days of Our Lives comings and goings reveal that we saw Evan Frears aka Christian Maddox (Brock Kelly) kill Rhodes (Jason Downs). That is one death that will sweep away a villain. However, there is someone else that will die, which is Charlie. His murder will kick off a whodunit storyline and there is no shortage of suspects.

Maggie Horton Kiriakis (Suzanne Rogers) quietly made her exit. Viewers only found out about it when Sarah Horton (Linsey Godrey) mentioned her mother was no longer in Salem. However, don’t worry because she will be back. Her exit is only temporary and the character ended up going to visit Summer Townsend (Marie Wilson).

Fans will also see Ivan Marais (Ivan G’Vera) leave Salem. While the henchman is saying goodbye, we will continue to see Vivian Alamain (Linda Dano) a bit longer. She is in prison and makes a deal with Kristen DiMera (Stacy Haiduk). While fans have been vocal about Vivian being recast again, Dano assures fans she is not taking over the character. She made it clear to SOD that she is just filling in temporarily.

What do you think is going to happen when Sami arrives in Salem? What do you expect from Paulina and Chanel? Who do you think killed Charlie and when will Maggie return? We will keep you posted with new developments and updated information.