Days Of Our Lives Spoilers: Maggie Helps Gwen, Why She Changes Jack’s Mind 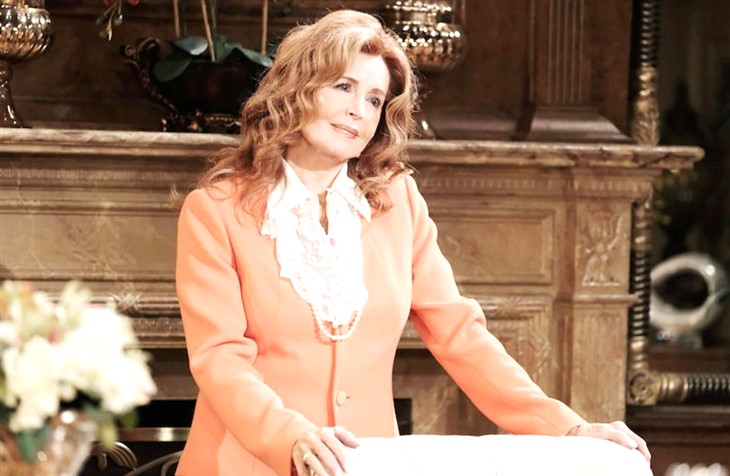 Days of Our Lives (DOOL) spoilers reveal that Gwen Rizczech (Emily O’Brien) is convinced that her father wants nothing to do with her. Xander Cook (Paul Telfer) tried to fix the damage but Jack Deveraux (Matthew Ashford) also wrote him off. Maggie Horton Kiriakis (Suzanne Rogers) is going to get a request from Xander, which could be for her to talk to Jack on Gwen’s behalf.

Days Of Our Lives Spoilers – Gwen Rizczech’s Lies And Schemes

DOOL spoilers reveal that ever since Gwen came to Salem, she has been full of lies, manipulations and cruel schemes. Gwen caused so much damage to Jack’s marriage and family with an emphasis on destroying Abigail DiMera (Marci Miller). Even though Gwen appeared that she was trying to do better, she continued to lie.

Once Abigail and Chad DiMera (Billy Flynn) exposed the real reason why Gwen was being blackmailed by Dr. Clay Snyder (Michael Lowry), Jack was done.

Jack isn’t just done with Gwen, but he also isn’t interested in a friendship with Xander anymore. Jack feels that Xander should have told him the truth when he found out immediately. Jack also feels that the friendship is one-sided and Xander just uses him when he needs something.

Xander disagrees with this and probably just has no clue how to be a good friend. However, he did have good intentions when helping Gwen, but he went about it the wrong way.

Days Of Our Lives Spoilers – Turning To Maggie Horton Kiriakis

Days of Our Lives spoilers reveal that Xander will turn to Maggie and ask for her help. Xander requests that Maggie help Gwen, but that is a pretty tall order. Maggie hasn’t had any interactions with Gwen, but surely has heard about everything she’s done. So, Maggie might not be interested in helping repair Jack and Gwen’s relationship. However, Xander can be persuasive and Maggie has a good heart. So, he just might be able to convince Maggie that it’s the right thing to do since it’s a family matter.

Days of Our Lives Spoilers: Change of Heart?

One way that Maggie could convince Jack to forgive Gwen is by using the past. Jack was a lot like Gwen when he was younger. It’s part of the reason why fans feel that Jack kept giving Gwen chance after chance. Maggie might also bring up her own relationship with Summer Townsend (Marie Wilson). Now that Summer has died, Maggie might have a different view on that tense relationship. She could advise Jack that if he holds onto his anger, he might regret it for the rest of his life.

What do you think is going to happen when Xander turns to Maggie for help? Will she agree to talk to Jack on Gwen’s behalf? Is there any possibility of repairing the father/daughter relationship?