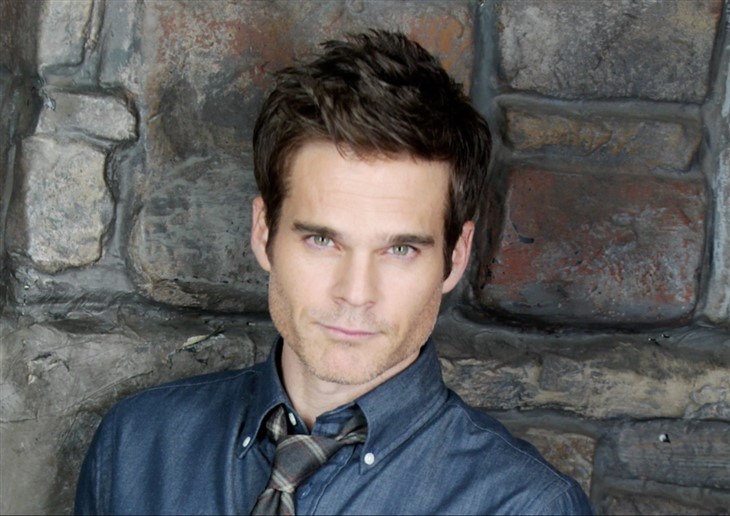 Days of Our Lives spoilers and updates tease that Greg Rikaart has been spotted in a photograph where James Reynolds celebrated his 40 years on the daytime soap. The snap made a lot of fans wonder if the actor is returning to the daytime soap.

Viewers may recall Rikaart as Leo Stark on the show. He’s currently playing the role of Kevin Fisher on The Young and the Restless and recently reprised his role as Leo on the Peacock TV spin-off Days of Our Lives: Beyond Salem.

Does getting spotted at Reynolds’ celebration mean that he may be returning to Days of Our Lives? There’s no news or confirmation about that yet. So, fans will just have to catch the actor at The Young and the Restless.

Rikaart may not be on Days of Our Lives now but the drama continues in Salem.

Allie Horton (Lindsay Arnold) will be in shock when she comes face to face with Charlie Dale (Mike Manning), who was brought back to life by the Devil-possessed Marlena Evans (Deidre Hall). She’ll panic even more when Charlie tells her that he’s taking his son with him.

Allie will be terrified to see the man who assaulted her in London, plus the fact that he’s supposed to be dead. Fortunately, Tripp will arrive in time to save Allie. He’ll step up and be the hero who will protect Allie and Henry Horton (Nash Gunderson).

Steve Johnson (Stephen Nichols) will discover John Black’s (Drake Hogestyn) mission. He’ll become suspicious when Marlena tells him that John is off on an assignment for Black Patch. Steve thinks that something doesn’t add up. He knows John isn’t in Black Patch because if he was, he would have known about it beforehand.

He’ll continue to get more clues and eventually start a search for John. Unfortunately, it may take a while before he finds John trapped in the DiMera crypt.

Days of Our Lives Spoilers – Gabi Hernandez Faces A Shocker

As for Gabi Hernandez DiMera (Camila Banus), she’ll be left in shock when she finds out that Jake DiMera (Brandon Barash) has been buried alive. It’s all because of Nick Fallon (Blake Berris) who’s also been brought back from the dead by Marlena.