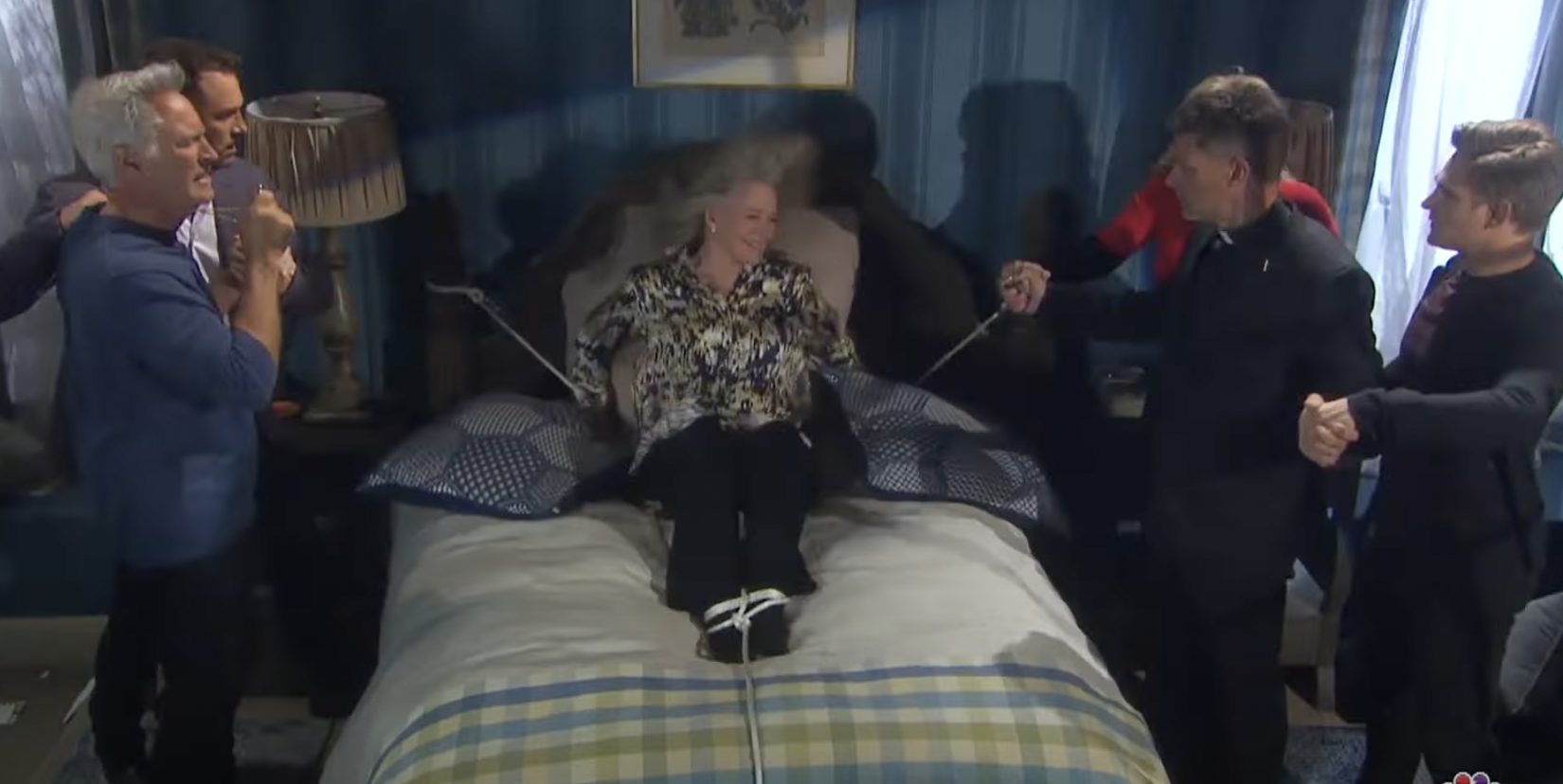 Days of Our Lives (DOOL) spoilers reveal that head writer Ron Carlivati has teased what fans can expect in 2022. For starters, Paulina Price (Jackée Harry) will face a man from her past. One character will have a near-death experience while Marlena Evans (Deidre Hall) struggles to make amends for what happened during her possession. Keep reading to find out the details.

DOOL spoilers reveal that Marlena will finally be free of the devil. The exorcism is a success but now there is damage control. Marlena has to face everything she did while the devil took over her body. Marlena will try to apologize and make amends. However, some people might be too hurt to forgive her right away. Plus, Marlena will have to forgive herself – which might be easier said than done.

As for Ava Vitali (Tamara Braun), she saw Rafe Hernandez (Galen Gering) and Nicole Walker (Arianne Zucker) kissing. However, she will overhear shocking information – which must be that Rafe and Nicole expressed their passion on the conference table at Basic Black. Not only that, but at the time, Ava was being held at the police station for questioning about a murder.

It will be a triple-whammy for Ava and she will be out for revenge. It could get rather dangerous and Carlivati teased to Soap Opera Digest that Rafe begins to suspect Ava’s back to her old ways. However, will Rafe find out too late?

Nancy Wesley (Patrika Darbo) will show up in Salem and have news for Chloe Lane (Nadia Bjorlin). It has something to do with Nancy and Craig Wesley’s (Kevin Spirtas) relationship. Meanwhile, Chloe will be dealing with her own romantic feelings for Brady Black (Eric Martsolf).

Even though EJ DiMera (Dan Feuerriegel) is innocent of kidnapping Sami DiMera (Alison Sweeney), Lucas Horton (Bryan Dattilo) won’t be found out for a while. Belle Brady (Martha Madison) defends EJ in court, so this goes all the way to trial. It certainly doesn’t sound good for EJ, but rest assured, the truth always comes out eventually in soaps.

Also, Johnny DiMera (Carson Boatman) and Chanel Dupree’s (Raven Bowens) marriage will be short-lived. The couple is driven apart and Chanel turns to Allie Horton (Lindsay Arnold). Meanwhile, Johnny becomes smitten with Gabi Hernandez (Camila Banus). Instead of turning Johnny down, Gabi uses his feelings to get the DiMera shares.

DOOL Spoilers – What Else To Expect

Plus, Paulina will have a near-death experience that makes Lani Price-Grant (Sal Stowers) reconsider her unforgiveness. However, just when they start to make up, a man from Paulina’s past shows up to ruin everything.