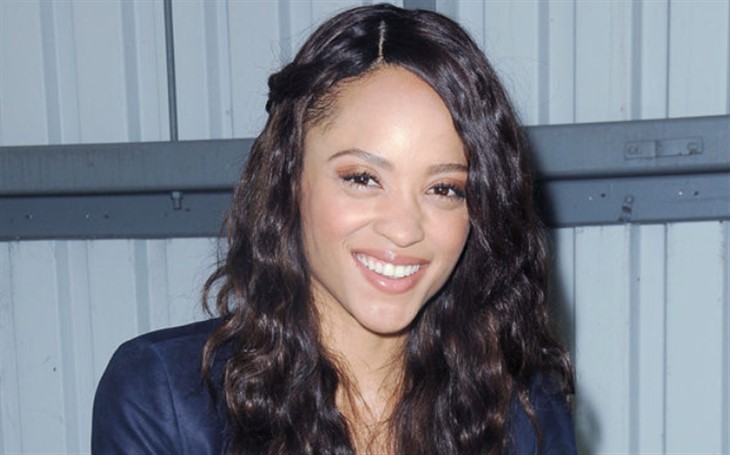 Days of Our Lives spoilers and updates tease that Sal Stowers, also known as Lani Price, announced the launch of her new business. The actress took to Instagram to share the good news with her followers.

The actress called her new business, Soul By Sal Stowers. The actress went on to share that it took her several years and a lot of courage to overcome her own insecurities and fears.

She strived to find the truth within herself and finally use her voice to inspire others. Stowers said, Soul, is a place where she hopes to build a community and share her “passions of Health, Wellness, Fitness, and of course I’ll throw in some beauty gems.”

“It’s place where I want to inspire and empower all women to live their most beautiful lives and doing it with Grit and Grace!” she explained.

Back in Days of Our Lives, Lani has been named ad Paulina Price’s matron of honor. But Chanel Dupree (Raven Bowens) will catch her in a lie.

Paulina tries to make others believe that she made an impromptu decision to make Lani her matron of honor when they were in the hospital. Unfortunately, that’s not what she told Lani. She used that matron of honor thing to shift the attention of people from the announcement she tried to make at Lani’s apartment.

Chanel may end up feeling hurt and betrayed when she realized that Paulina intended Lani to be her matron of honor instead of her. Paulina’s been making a lot of lies lately and she’s getting herself into a very big mess.

As for Rafe Hernandez (Galen Gering), he’ll be guilt-stricken for cheating on Ava Vitali (Tamara Braun). He’s thinking of confessing but Nicole will convince him to keep it a secret and just move on with their lives.

Marlena will make an obscene suggestion to Brady Black (Eric Martsolf) to help him deal with his current situation with Chloe Lane (Nadia Bjorlin). It seems like Marlena will tell Brady to get Chloe in bed with him.

As for Ben Weston (Robert Scott Wilson), Marlena will encourage him to ignore Susan Banks (Stacy Haiduk). She’s trying all she could to avoid getting exposed. But Susan may pose a threat to her secret when she makes a shocking discovery.