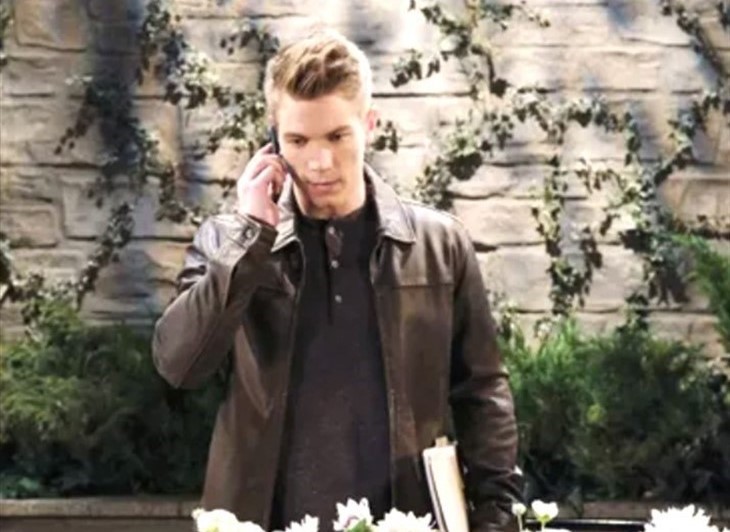 Days of Our Lives (DOOL) spoilers for next week January 11 reveal that Tripp Dalton (Lucas Adams) wants answers. He breaks into Charlie Dale’s (Mike C. Manning) apartment to see if he can find any information. However, what exactly does he expect to find and could it explain things for Tripp or make the situation even worse?

Days Of Our Lives Next Week Spoilers – Charlie Dale Arrested

DOOL spoilers reveal that Rafe Hernandez (Galen Gering) finds Ava Vitali (Tamara Braun). As he’s rescuing her, Charlie comes home to his apartment. He isn’t too surprised to see that the police are inside his apartment, but also didn’t realize it would be this quickly. However, he has already anticipated this moment and has drugged Ava. She has already begun hallucinating, so people aren’t sure what to believe and what not to believe.

Days Of Our Lives Spoilers: Xander Kiriakis Hits Paydirt; Has Everything He Needs To Nail Philip Kiriakis

Steve “Patch” Johnson (Stephen Nichols) informs Tripp that he has a half-brother named Charlie. He tells him that he’s been in Salem and was actually dating Claire Brady (Isabel Durant). Then, he learns that Charlie knew about Tripp a long time ago and followed him to London. He was at the nightclub and followed Tripp and Allie that night. He is the one who raped Allie and got rid of the note Tripp left in the flat.

Days of Our Lives spoilers reveal that Tripp is absolutely shocked to find out about Charlie. But that this guy had been following him for at least a year and setting him up is simply unfathomable. He is in disbelief and must want to find out information or get some kind of proof that it’s true. According to the new issue of Soap Opera Digest, Tripp breaks into Charlie’s apartment, but what will he discover?

DOOL Spoilers And Updates – More Than He Expected

Tripp might find answers in Charlie’s apartment, but it could be more than he expected. Will he learn that Charlie has always known about him? Has he been stalking Tripp for years? Perhaps all the way back when Steve first found him and brought him back to Salem? Will he also learn just how dangerous this guy is that he’s actually a sociopath determined to make him pay for being the “favorite son?” Or will he see more evidence of crimes, all of which Tripp could be arrested for if Charlie’s true identity had remained a secret?

We will have to keep watching the soap to see how this story develops. However, it is clear that Tripp might end up finding much more than he bargained for. When that happens, how will he deal with this and will Charlie have to pay for what he’s done? Or could he actually get away with everything?

Be sure to catch up on everything happening with DOOL right now. Come back here often for Days of Our Lives spoilers in two weeks, plus soap opera news and comings and goings updates.

The Young And The Restless (Y&R) Spoilers: Hot New Couple Alert – Devon And Amanda Get Closer