Days Of Our Lives (DOOL) Spoilers: The Race To Stop Johnny’s Movie 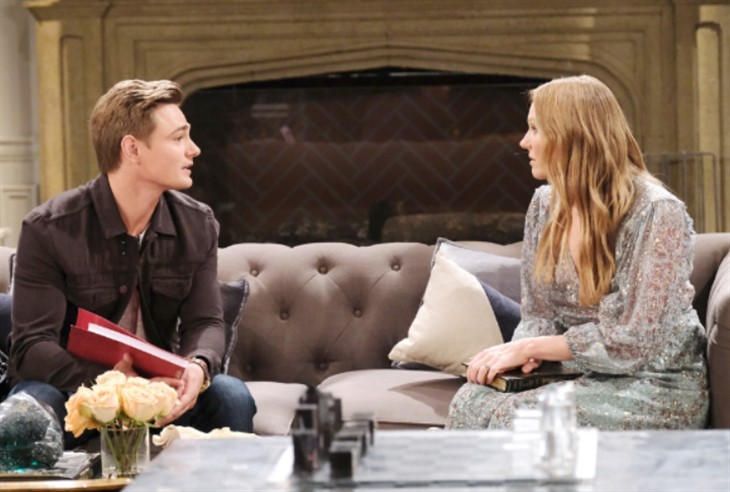 Days of Our Lives (DOOL) spoilers for Monday, October 11, 2021, reveal John knowing something is going wrong because of what Johnny is trying to do.

Days of Our Lives Spoilers – John Black Is Desperate

John Black (Drake Hogestyn) may not be sure what is happening to Marlena (Deidre Hall), but he knows something is way off with her behavior and he fears Johnny DiMera’s (Carson Boatman) movie might have opened up something bad in their lives. After all, he gave her that suspicious look when Julie Williams (Susan Seaforth Hayes) was knocked over the head. It didn’t look or seem like Doug Williams (Bill Hayes) was capable of that, but Marlena insisted that he did it. She was also shocked when Marlena wanted him to put the priest’s collar away immediately.

To that end, he is determined to stop the movie and begs Roman Brady (Josh Taylor) to pull his funding. Does he realize how much Chad (Billy Flynn) gave? Even if Roman didn’t help Johnny, would he even need it at this point?

Wait until John finds out how much of the movie is already being made with Abigail DiMera (Marci Miller) and Chad already recreating a scene from 1995 on Monday. This should certainly be weird? Will we see her levitate soon? Will The Devil decide to get in on this flick and wreak havoc on Johnny’s set. With this storyline, anything can happen.

DOOL Spoilers – The Devil Makes Her Do It To Ben

Meanwhile, poor Marlena is doing her best to fight The Devil off, but he is somehow talking to her through her tape recorder and it’s making her brain go insane. She might not be able to resist much longer. She tried giving Ben Weston (Robert Scott Wilson) good advice on having a baby with Ciara (Victoria Konefal), but then The Devil started talking and Marlena got distracted.

On Monday, the Satan side of Marlena takes over and she does something shocking. Does he start to lead Ben in the wrong direction? Will he believe if he and Ciara had a baby that the baby would be a crazed serial killer for sure? Will Marlena levitate already and thrill us? Stay tuned to Days of Our Lives weekdays to see how these stories play out.