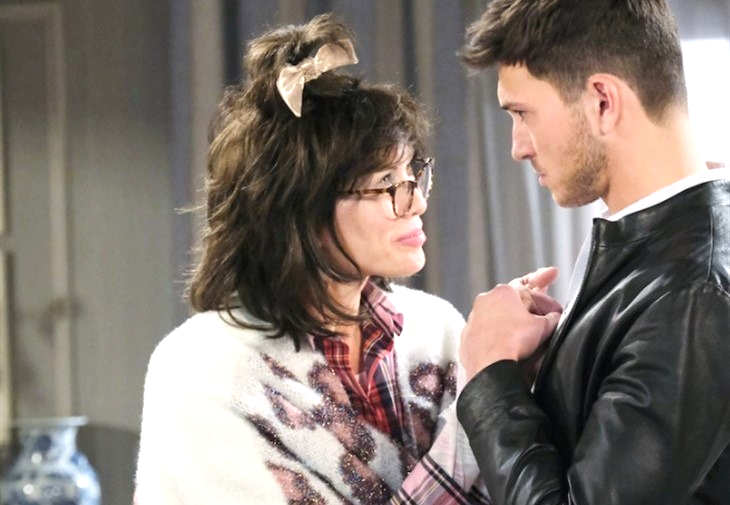 Days of Our Lives (DOOL) spoilers suggest that in Salem Susan Banks (Stacy Haiduk) may help Ben to locate Ciara Weston (Victoria Konefal). Susan has confirmed that Ciara is alive, but can she give Ben a location?

Days Of Our Lives Susan just confirmed Ben’s suspicions that Ciara is alive. Susan came to Salem because of her premonition about Brady Black (Eric Martsolf). Susan has proven that her premonitions are true. However, Ben needs to know where to look for Ciara and that may get tricky. Ciara has been held for months and Vincent Bellman (Michael Teh) was the first person who had her. Will Susan realize that someone else is holding Caira now? Can Susan hone in on a location where Ben can start looking for Ciara?

Days Of Our Lives Ciara is being held by Vincent’s henchman Rhodes (Jason Downs). Ciara has also just tried to knock Rhodes out and escape. Ciara’s escape attempt may fail but that doesn’t mean that Rhodes won’t move her. After all, Rhodes refuses to turn Ciara lose even though Vincent has been put in jail. Rhodes has nothing against Ciara but he is determined to follow through with Vincent’s plan and even the threat of Victor Kiriakis (John Aniston) doesn’t bother him. Rhodes is completely devoted to Vincent and his plans that nothing will sway his opinion. Can Susan pick up on Ciara’s location if Rhodes moved her or if she happens to escape?

Days Of Our Lives Spoilers – Can Ben Weston Save Ciara Weston?

Days of Our Lives Susan has given Ben something to believe in. Now Ben knows that he has to follow his instincts and search for the woman he loves. Will Ciara send Ben a clue to her location through her dreams? Will Susan have an idea where Ben can start to look for Ciara? Ben has to find Ciara some way which means he will have to get some kind of a hint where to start. How will he zoom in on the location where Rhodes is holding Ciara? Could Susan pick up on the town that Ciara is in or the name of the house where she is being held?

Days Of Our Lives Ben will go to the ends of the earth to find Ciara. However, he has to have a starting point. Perhaps Hope has left a clue somewhere in her search to give Ben an idea. Maybe Ciara’s location has something to do with the Shakespearian play that Rhodes has given Ciara to read. Ben is determined to find Ciara no matter what. Hopefully, he will locate her sooner rather than later.

The Bold And The Beautiful (B&B) Spoilers: Bill And Brooke Leave Their Past With Each Other Behind For Good