Days of Our Lives Spoilers: The Johnson Family Grows – Steve’s Son Tripp Shows Up In Salem 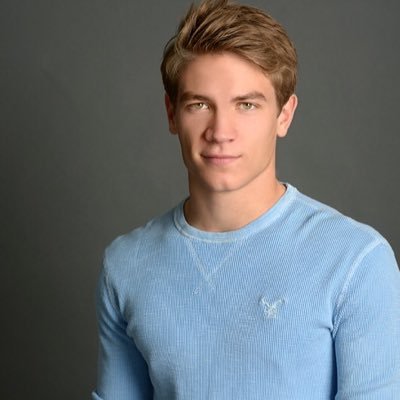 “Days of Our Lives,” is about to get real trippy, real soon. The Johnson family is set to grow by one when Patch’s presumed dead son shows up on his doorstep!

Steve Johnson was devastated when he learned that his son with evil Ava (Tamara Braun) did not survive after his mother gave him up.

Before Ava died she told Patch about the boy’s existence, and together they launched an all-out search to find him. But alas, they were heartbroken when a reputable source revealed that Little Patch was dead.

Not so fast, soap fans, we know that no one ever truly dies in Soapland! Patch recently discovered that his boy, Tripp, is indeed alive, and he’s determined to track him down.

And we can now reveal that Lucas Adams will debut in the role on March 24! Details about Tripp’s disposition and history are scarce, but there is intel floating around that appears to show Tripp has a chip on his shoulder.

The bootleg information comes from an audition tape posted by another actor who tried out for the role of Tripp. The video reveals that Tripp has a hunch that his mother’s true cause of death is shrouded in mystery.

Of course he’s correct, he just doesn’t know that it was his half-brother Joey (James Lastovic) who murdered Ava with a huge hospital pillow. Once he hits Horton Square, Tripp is sure to start investigating, but how will he handle the news that a member of his newfound family killed the mom he never met?

Adams made a brief appearance in 2012 on, “The Young and the Restless.” Eagle-eyed fans will remember him as a fan of singer, Angelina.

Adams also had a recurring role on, “Liv and Maddie,” which airs on The Disney Channel.

The Walking Dead Season 7 Episode 13 Spoilers: Carol’s Back – Who Dies Next?