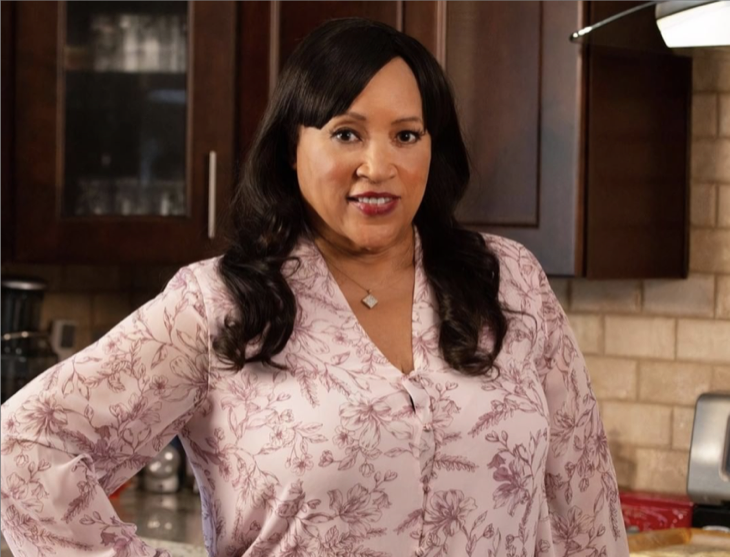 Days of Our Lives (DOOL) spoilers reveal that in Salem Pauline’s (Jackée Harry) arrival in Salem will be suspicious because of the timing. It is right after Eli Grant (Lamon Archey) and Lani Price Grant’s (Sal Stowers) twins are kidnapped. However, we know that she isn’t the one who took them, it is a younger African-American woman. Could that actually be Pauline’s daughter?

DOOL spoilers reveal that on Friday’s episode, we saw who kidnapped Eli and Lani’s, twins. She doesn’t look familiar, but she was a younger African-American woman. We also know that she doesn’t keep the babies. She will actually deliver them to someone next week, who is speculated to be none other than Vivian Alamain (Linda Dano).

DOOL Spoilers – Pauline Has A Daughter

Previously, head writer Ron Carlivati told Soap Opera Digest that Pauline has a daughter. However, no details were mentioned about the young woman. Why mention a daughter if it’s not going to come into play? Exactly… he wouldn’t have bothered to say anything if it wasn’t a clue. So, it seems that Pauline’s daughter might be a big part of this kidnapping storyline.

Days of Our Lives spoilers reveal that Carlivati also confirmed that the timing of Pauline’s arrival in Salem will be suspicious. She comes right after the twins are kidnapped and she wants to support her relative, Lani. However, news traveled pretty quickly considering Pauline doesn’t live in Salem. As far as we know, she doesn’t seem to be particularly close to Lani either because she has never mentioned her.

However, we already know Pauline isn’t responsible because she wasn’t the one with the twins. Plus, she is described as being extremely successful. Vivian is most likely to use someone who is down on their luck and desperate. Someone that can be easily coerced, threatened, and controlled. That doesn’t sound like Pauline at all!

DOOL Spoilers – Everyone Is Connected In Salem

Everyone is connected in Salem. This woman who had the babies isn’t a random kidnapper. She also doesn’t appear to have kidnapped anyone before because running into Bonnie Lockhart (Judi Evans) made her scared speechless. An experienced kidnapper wouldn’t be so easily rattled.

So, we are thinking that Pauline’s daughter might be a girl who is in trouble and feels forced to commit this act. Pauline might get wind of it or connect the dots and come to Salem to stop her daughter. However, it’s too late to stop the kidnapping… but not too late to make her daughter reveal the truth and save those babies from Vivian. What do you think of this theory? Could Pauline’s daughter be responsible and if so, what kind of trouble is this girl in?
Be sure to catch up on everything happening with DOOL right now. Come back here often for Days of Our Lives spoilers, news, and updates.