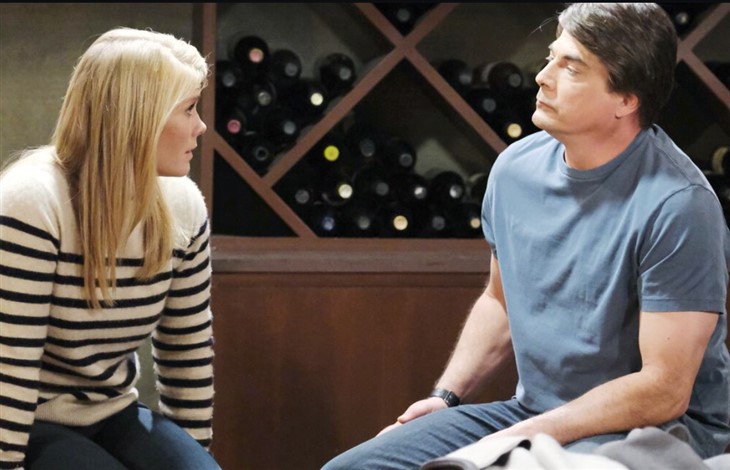 Days Of Our Lives (DOOL) Sami Brady (Allison Sweeney) and Lucas Horton (Bryan Datillo) have a long history together, even longer than her relationship with EJ DiMera (last played by James Scott) Sami is currently married. While there is no doubt that Sami and EJ shared great love, could her feelings for Lucas be even stronger?

Even though he was declared dead, Sami didn’t believe it and made it her mission to find her husband. Her determination paid off, as she discovered EJ in Memphis, being kept by Kristen DiMera (Stacey Haiduk) as he recovered from Dr. Wilhelm Rolf’s (William Utay) life-saving serum. Unfortunately, EJ was severely burned even as Sami rescued him. They went overseas while EJ recuperated.

Days Of Our Lives Spoilers – Sami Brady Summoned Lucas Horton to help her!

When their daughter Allie Horton (Lindsay Arnold) was beginning to have drinking issues, Sami called Lucas to come to help her. So Sami and Lucas were spending time together even while EJ was still recovering. And now that Allie has come to Salem, Lucas followed closely behind. Eventually, Sami came to Salem too and confessed to killing Charlie Dale (Michael Manning) when she believed that Allie had committed the crime. Eventually, the truth came out and a relieved Sami and Lucas made love. Sami insists that she doesn’t regret their actions, even though she doesn’t want to leave EJ either. EJ will be completely recovered soon and will likely want to come back to Salem.

DOOL Spoilers – EJ Is A DiMera And Will Eventually Revert To Form!

While EJ has certainly been on his best behavior while he recovered from his injuries, he is a DiMera and will eventually return to the darker impulses that come with being a DiMera. If he discovers Lucas and Sami have slept together, he might try to kill one or both of them. At the very least, the marriage will be over no matter how grateful EJ is to Sami for nursing him back to life. And Sami could very likely already feel the same way. Perhaps she knows that Lucas is her soulmate deep down, although her pride hasn’t let her admit it yet. But Sami calls Lucas whenever she needs help, and he always comes to her aid. Even when Kristen was blackmailing Sami, Lucas chose to help her even though it meant lying to Chloe Lane (Nadia Bjorlin) that he was dying of a brain tumor.

Days Of Our LivesSpoilers – What Will happen?

Will Lucas and Sami make love once again? Will EJ discover their affair and return to Salem for revenge? Will Sami and Lucas finally reunite? Sometimes the first love is the true love in Salem, so stay tuned to Days of Our Lives airing on weekdays on NBC. And don’t forget to check back right here regularly for all your Days of Our Lives news, information, and spoilers!

The Young And The Restless Spoilers: Celebrating Neil Winters Episode, Get All The Details