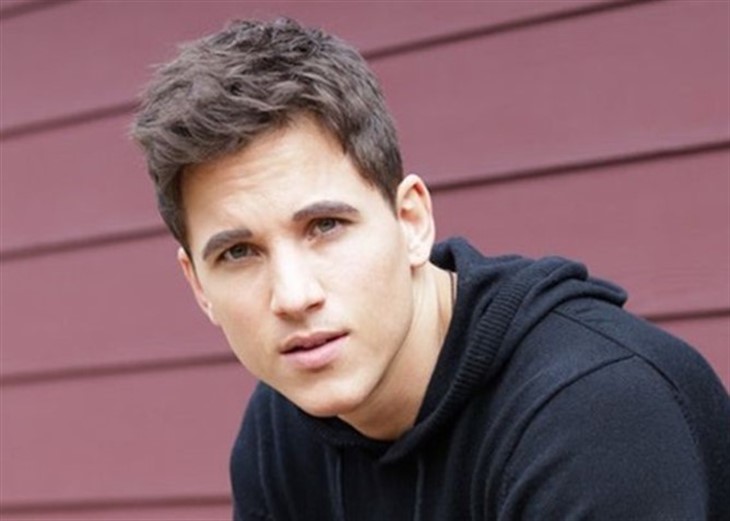 Days of our Lives (DOOL) spoilers and updates shows that an epic comeuppance is due for Charlie Dale (Mike Manning) and the actor who portrays the soap opera evil villain is talking about how it all goes down in the coming days. He talked to Soap Hub about what lies down the road as soon as it becomes apparent who Charlie really is and what he’s done.

In London one night he attacked Allie Horton (Lindsay Arnold) and DNA tests erroneously showed it was his brother Tripp Dalton (Lucas Adams). But the truth will come out and this will greatly affect his girlfriend Claire Brady (Isabel Durant).

Days Of Our Lives (DOOL) Spoilers – Charlie Dale Will Deny Everything

But according to Manning, Charlie will do his best to try and whitewash away the truth. He claims he will have a conscience attack and be torn over his actions. One part wants to beg and plead for forgiveness from Claire and another part is more deceitful.

A confrontation takes place when Claire visits Charlie at the police station. She wants the truth and he denies reality.

According to Manning, “The scenes between Charlie and Claire are very heartfelt. As soon as they yelled, ‘Cut,” Isabel and I were just in tears. We hugged each other. She said, ‘Oh my God. I’m so sorry.’ I said, ‘I’m so sorry, too.’ Isabel is such a talented actor and what she’s bringing to Claire is really making it tough for Charlie not to just confess everything.” Wow this sounds like incredible stuff, Emmy reel worthy acting.

Both actors are new to the show so it reveals their incredible talent and chemistry to accomplish what they pulled off—off course, DOOL fans are the winners here!

Days Of Our Lives Future Spoilers – What Happens Next In Salem?

Manning also said, “Charlie is going to lie his butt off until the end. In life, if you tell yourself a lie enough times, you start to believe it. I think that’s what Charlie is doing here. He’s told himself so many times that he didn’t do this awful thing. Now he’s starting to believe it himself.”

And yet, it appears that Charlie is indeed guilty. What will happen next to the character in Salem? He will no doubt be ostracized and not just because of his past actions. He is also evil Ava Vitali’s (Tamara Braun) son!

Be sure to catch up on everything happening with DOOL right now. Come back here often for Days of our Lives spoilers, DOOL news, and soap opera updates.