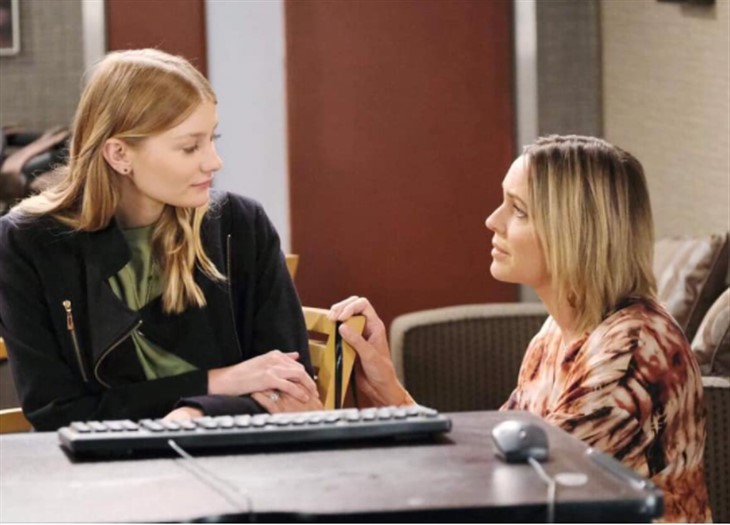 Days of Our Lives (DOOL) spoilers for the week of January 18 reveal that in Salem Allie Horton (Lindsay Arnold) will have a case against Charlie Dale (Mike C. Manning). It’s not revealed if it is criminal or civil, but in either case, Allie is told her case is pretty weak. Nicole Walker Brady (Arianne Zucker) comes up with an idea, but it might be dangerous.

Days Of Our Lives Spoilers – The Truth Is Revealed

DOOL spoilers reveal that after months, we are finally seeing the truth come out about Allie’s rape. Tripp Dalton (Lucas Adams) wasn’t the one who attacked Allie and isn’t the father of Henry Horton (Jayna and Kinsley Fox). The person responsible and who was allowing Tripp to go down for the crime is his secret half-brother, Charlie.

When Ava Vitali (Tamara Braun) remembers Charlie’s confession, she will expose the truth. This leads to Rafe Hernandez (Galen Gering) accusing Charlie of attacking Allie. However, it doesn’t appear that he admits to it. It is teased that it’s not going to be easy to prove that Charlie raped Allie, just that they had some sort of sexual activity that resulted in a pregnancy.

Days Of Our Lives Spoilers – Case Against Charlie Dale

Days of Our Lives spoilers reveal that DA Melinda Trask (Tina Huang) told Allie she wasn’t prosecuting Tripp because it was out of her jurisdiction. However, the truth is Melinda decided not to move forward because of personal reasons connected to her dead daughter, Haley Chen (Thia Megia). So, with that tidbit and Rafe interrogating Charlie about Allie, it seems likely the real rapist will be criminally charged.

However, Allie’s case against Charlie isn’t very strong. In order to win, she will have to find a way to strengthen it.

It is teased that during the week of January 18, Nicole will come up with an idea on how to strengthen the case against Charlie. However, it could be dangerous. It’s possible that Nicole will tell Allie that she will have to record Charlie confessing to the crime. That means she needs to face her attacker and be alone with him.

It is stated that Allie won’t know what to do and goes to Tripp for advice. Knowing Tripp, he won’t allow Allie to go through that alone because it puts her at risk. He will likely try to get the confession himself, but that means facing his brother. Not only is Charlie mentally unstable and dangerous, he also wouldn’t think twice about killing Tripp. This will only make it even more difficult for Allie to decide. She has put Tripp through enough, but also is desperate for justice.

What will she decide to do? Will she let Tripp risk his life so she can put a rapist behind bars? Or will she attempt to trick Charlie into confessing herself?

The Young And The Restless (Y&R) News: Sharon Case Talks Working With Alyvia Alyn Lind And Their Close Bond