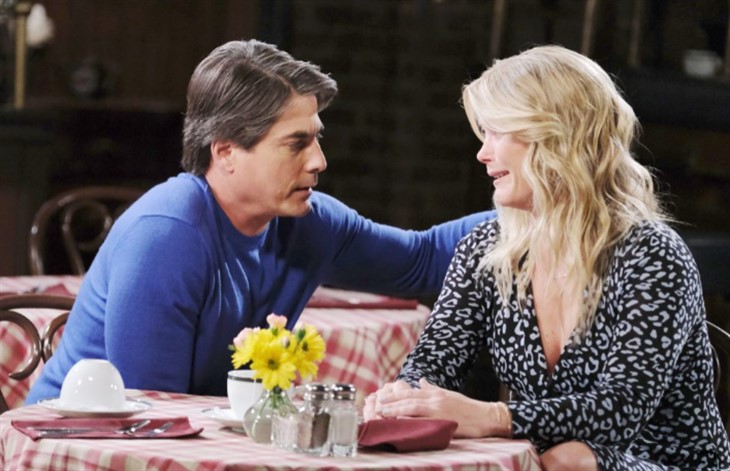 Days of Our Lives (DOOL) spoilers reveal that Sami Brady (Alison Sweeney) cheated on her husband more than once since she returned to Salem. Somehow, she thinks that Nicole Walker Brady’s (Arianne Zucker) cheating is worse. Sami asks Lucas Horton (Bryan Dattilo) to help her expose Nicole. However, he won’t ruin someone’s marriage and calls out Sami for being a hypocrite.

DOOL spoilers reveal that Sami slept with Lucas on a few different occasions. Although she felt guilty about betraying EJ DiMera (Dan Feuerriegel), she also understood why it happened. EJ has been distant and disconnected from her since his recovery. Despite her marital problems, Sami has no intention of leaving EJ.

Days Of Our Lives (DOOL) Spoilers: Xander Has The Goods On Gwen

Sami and Nicole don’t get along at all and there was a lot of drama during the “Ericole” wedding. Sami actually crashed the ceremony and bashed the bride, which Eric Brady (Greg Vaughan) didn’t appreciate. The couple got married anyway and planned on starting their lives together. However, Eric was asked to go to the Congo to help the villagers. He was only supposed to be gone for three months and now it’s been nearly a year.

After an upsetting phone call with Eric, Nicole got drunk and slept with Xander Kiriakis (Paul Telfer). When Sami confronted her sister-in-law, she denied betraying Eric.

Days of Our Lives spoilers reveal that Sweeney spoke to Soap Opera Digest about the storyline. The actress teased that Sami wants Lucas to help her prove Nicole and Xander are having an affair. However, Lucas refuses to participate in intentionally destroying someone’s relationship.

That isn’t all Lucas has to say to Sami. He brings up that she’s trying to dig up proof Nicole cheated. Then, he mentions that Sami is a cheater, too. They slept together a few different times even though Sami is married to EJ.

“Lucas thinks Sami is out of her mind for trying to bust Nicole. He definitely calls her on her hypocrisy and doesn’t think it’s a good idea to poke the bear. But again — and, as always — Sami won’t listen to his good advice.”

Sami is told the real reason she has trouble in her marriage is that the man she truly loves isn’t her husband, it’s Lucas! Of course, Sami denies this and thinks it’s ridiculous. However, Lucas is pretty convinced and even tells her that they make magic together. He wants them to have another chance to be in a relationship. That’s about the time when EJ suddenly shows up out of the blue. Do you think Lucas is right or are you rooting for “Ejami?”