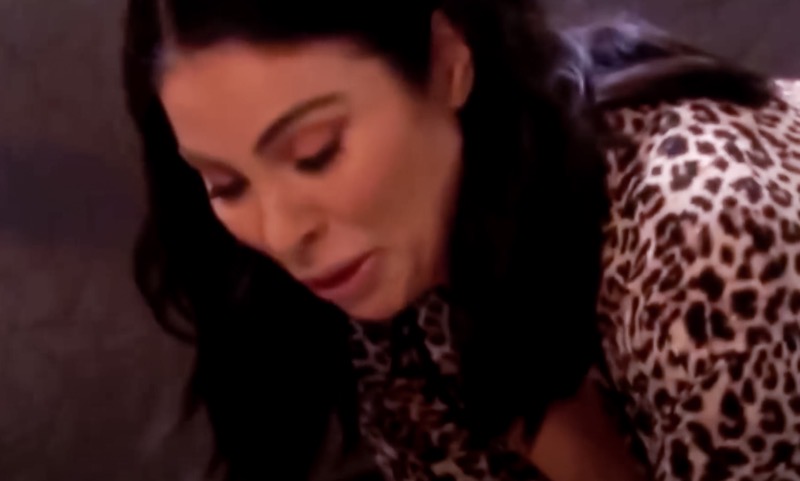 Days of Our Lives (DOOL) spoilers reveal that in Salem Kristen DiMera (Stacy Haiduk) panics when she learns that Brady Black (Eric Martsolf) has been shot. Her worry will turn to anger, though. Brady keeps lying about spending time with Chloe Lane (Nadia Bjorlin). She breaks out of prison and heads to the hospital. However, things get volatile when Chloe is caught playing nurse.

DOOL spoilers reveal that Kristen always thinks she knows what is going on, but most of the time she is wrong. Due to her explosive emotions and knee-jerk reactions, Kristen always ends up going too far, attacking the wrong person, or going to prison because she took matters into her own hands. She certainly didn’t think about being separated from her daughter when she stabbed Victor Kiriakis (John Aniston). Now her prison sentence will probably be extended because of her upcoming escape and taking a hostage.

When Brady is shot, he is talking on the phone with Kristen. After the bullet hits his stomach, Brady falls to the ground. The phone falls from his hand and ends up on the ground, where Chloe can hear Kristen screaming. Right before the shooting, Brady told Kristen that he was not with Chloe. She will realize that he lied to her again when Chloe picks up Brady’s phone and says he was shot. However, Chloe ends the call before Kristen can get any information. So, she assumes that Chloe tried to murder Brady.

Days of Our Lives spoilers reveal that Kristen is frantic and furious over the man she loves critically injured. She isn’t happy about Brady lying and keeping Chloe a secret. Brady is just trying to avoid drama, but the secrets and lies just make Kristen more suspicious. She is desperate to check on Brady’s condition. Still believing that Chloe is the shooter, Kristen also plans to make her pay the ultimate price, but first things first: breaking out of prison! She uses Tony DiMera’s (Thaao Penghlis) as a hostage and her plan works. 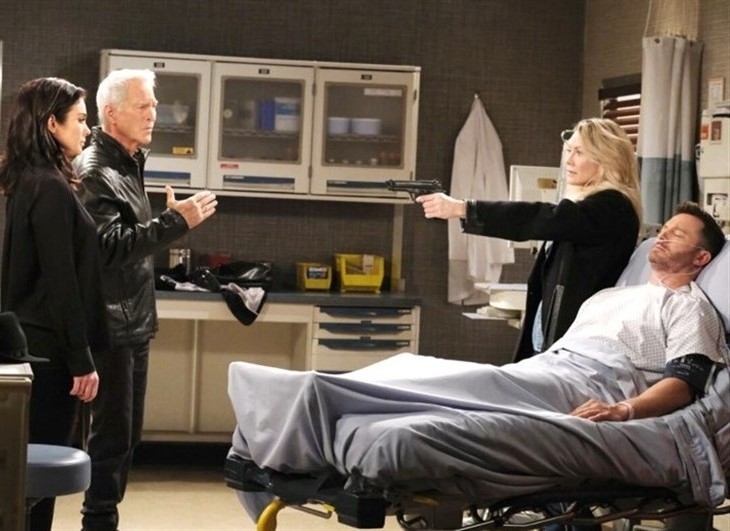 After Kristen gets out of her cage, she heads to Salem. But when she walks into Brady’s hospital room, he isn’t alone. Chloe is there, sitting right beside him, and begging him to keep fighting for his life. Kristen barricades the room and pulls out a gun. That is when Chloe puts her hands up and starts backing away. She is horrified that Kristen could pull the trigger, but could there be a twist?

We know that Kristen thinks Chloe shot Brady, which is her biggest reason for pointing a gun at the opera singer’s head. Now, she was upset about the New Year’s’ Eve kiss, but not enough to commit cold-blooded murder and risk going to prison for the rest of her life. So, to get Kristen to lower her gun, will someone inform her of what really happened? We don’t think she will believe anything Chloe says, so someone else will need to chime in. With the teaser that Tony and Chad DiMera (Billy Flynn) try to help their sister, could they be the ones to reveal Brady wasn’t shot by Chloe, but by a confused mobster? We will have to keep watching the soap to see how this story ends.

Be’ sure to catch up on everything happening with DOOL right now. Come back here often for Days of Our Lives spoilers, news, and updates.