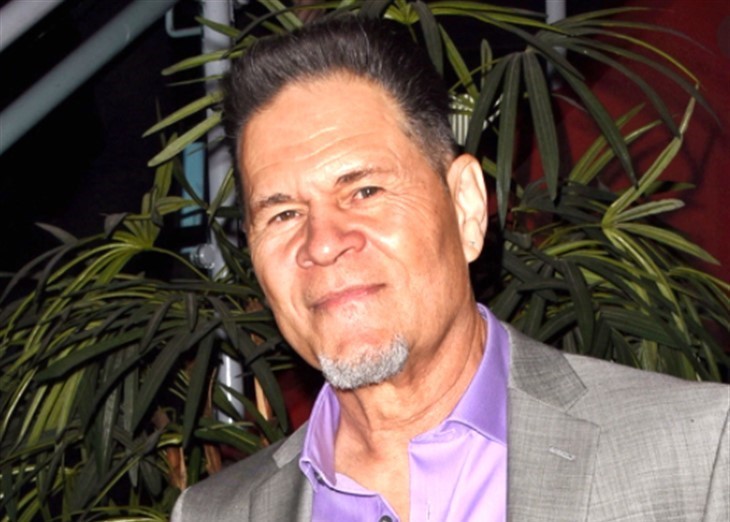 Days of our Lives (DOOL) spoilers divulge that daytime vet A Martinez (Eduardo Hernandez) has an exciting new project to talk about. According to Deadline the soap star appears in Michael Bay’s upcoming action-thriller film Ambulance.

Martinez recently appeared as Jacob Nighthorse on Netflix’s Longmire, and has recurring roles on The Bay and Queen of the South. His film credits include The Cowboys, She-Devil and Powwow Highway.

The film is based on the original Danish film Ambulancen. Details are being kept under wraps, but the pic is said to be expected to be along the lines of 1990s action flicks Speed and Bad Boys.

Eduardo shook his kid’s lives up recently when he landed back in Salem and told them they had to get out of town, their lives were in danger. Of course the danger had his name written all over it! Eduardo can’t seem to keep away form the shady side of life and it’s often his family that pays the price.

In this case it was Gabi Hernandez (Camila Banus) and Rafe Hernandez (Galen Gering) who had to follow Eduardo’s lead and go into hiding.

At the time Gabi had just begun a torrid affair with Jake Lambert DiMera (Brandon Barash) and it looked like Rafe might be able to mend fences with Hope Brady (Kristian Alfonso).

Days of our Lives Spoilers – What Happens Next In Salem?

Hurricane Gabi returned to town this week to find that Jake has moved on with Kate Roberts (Lauren Koslow) and Rafe returned earlier and has been crime fighting ever since. Same stuff, different day for him, but for Gabi her world is turned upside with the reveal that her enemy “great grandma” Kate is bopping her ex husband’s doppleganger. Such is a day in the life of a soap vixen.

Gabi is now on the warpath, doing everything she can to slander and demean Kate and convince Jake that she is the hottie he really wants.

We don’t know, he seems awfully smitten with Kate! And Kate has been loyal to him in a way that mercurial Gabi seems incapable of. Are you Team Kake or Team Jabi DOOL fans?