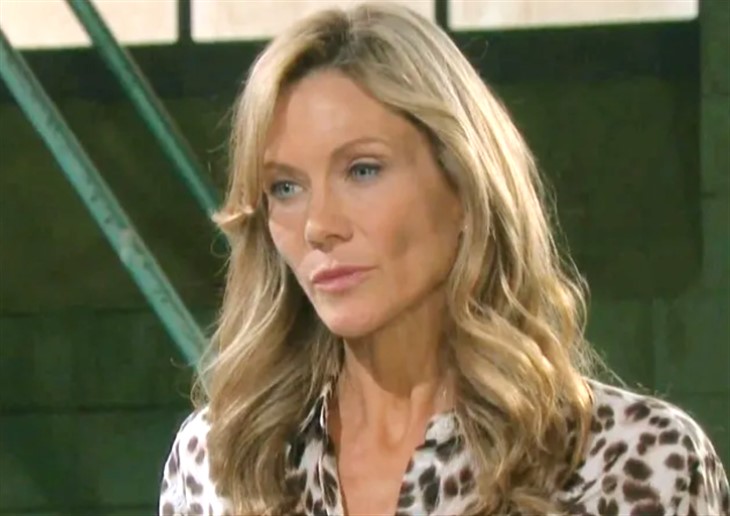 Days of Our Lives (DOOL) spoilers for the week of June 21 reveal that EJ DiMera (Dan Feuerriegel) connects with Kristen DiMera (Stacy Haiduk). They don’t speak in person, as Kristen is still on the run. However, they do communicate in some other way. When Sami DiMera (Alison Sweeney) learns this information, she goes into a panic about her secret getting out.

DOOL spoilers reveal that EJ has come back to Salem after seven years away. He told Sami that it’s to make things right between them. He apologizes for being a terrible husband and vows to be the man she fell in love with. However, he will end up having some sinister plans not just for Jake DiMera (Brandon Barash), but for Lucas Horton (Bryan Dattilo) as well. In a preview clip, we can see him laughing maniacally while saying it’s good to be back.

He seems to be craving some control in his out-of-control life. He figures that he can do that with Sami by targeting Lucas. There is no way he is going to allow Lucas to take his place as the main man in Sami’s life. He also wants control of DiMera Enterprises, which means overthrowing Jake. Plus, he is not pleased that Gabi Hernandez (Camila Banus) owns the mansion. He plans on taking it from her and making himself the new owner.

Days Of Our Lives Spoilers – Connecting With Kristen DiMera

Days of Our Lives spoilers for the week of June 21 reveal that EJ knows how to reach Kristen. Sami finds out and is worried. There are other people in Salem who should be worried, as well. Kristen hasn’t forgotten about Brady Black (Eric Martsolf). Plus, Kristen will probably still blame Chloe Lane (Nadia Bjorlin) for all of her problems, especially when “Bhloe” becomes a hot item.

As for Sami, she panics when she learns that EJ can reach Kristen. She thinks that there is a chance that Kristen will expose her secret. However, it is much more likely that EJ already knows about “Lumi.” In fact, that is probably who he heard about Lucas and Sami’s affair from. EJ has made it clear that he knows Lucas and Sami have been getting close.

Now the question is, what will EJ do about it, and could Lucas be in danger? Plus, with EJ and Kristen in communication, does that mean we will see Stacy Haiduk back on-screen in the near future? How will she plan to punish Chloe and will she continue to have an obsession with Brady? We will have to keep watching the NBC soap to find out.

Royal Family News: Princess Diana And Meghan Markle Both Ticked Off The Queen In This Exact Same Way