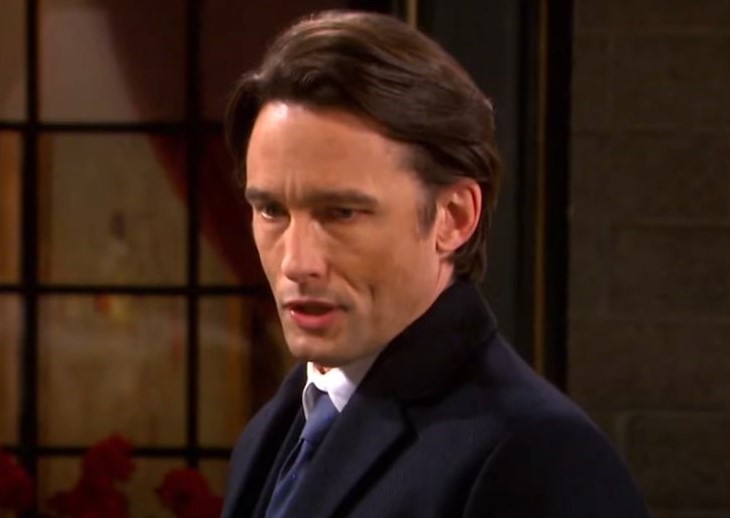 Days of Our Lives (DOOL) spoilers for Friday, June 4, 2021, reveal Jan being more off the deep end than ever as Ben tries to save Claire’s life.

After all these years, Philip (Jay Kenneth Johnson) still cares so much for Belle (Martha Madison), but his main concern right now is Chloe (Nadia Bjorlin), who he may even care for more. He told Trask that she’s an absolute fool for thinking Belle (Martha Madison) killed Charlie (Mike Manning) and not even looking at Jan Spears (Heather Lindell). Of course, Jan was in a coma for months, but why would she never think she was faking. This is Salem after all.

So, Philip has to do the job the authorities should be doing while having no idea that Shawn (Brandon Beemer) and Belle already have a plan to save Claire. No matter, Philip has to save Chloe and that’s all that matters. He doesn’t want to hear their silly plan and goes off on his own to get the job done. Between Ben (Robert Scott Wilson) and Philip both getting involved, what could possibly go wrong?

Over at the hospital, Tripp (Lucas Adams) thinks it’s odd when he sees Dr. Snyder and Gwen (Emily O’Brien) deep in a private conversation. What on earth can they be talking about? Tripp has been suspicious of Salem’s latest doctor on the take and is determined to know what the heck is going on. Wait till he finds out about what Dr. Snyder is up to with Kate (Lauren Koslow). There’s a lot more going on at that hospital than just medicine…

Days Of Our Lives Spoilers – Chanel Dupree Has An Amazing Idea

Chanel’s (Precious Way) idea for a new business isn’t going anywhere cause she just doesn’t have the money. Her mother cut her off and Lani (Sal Stowers) just wasn’t interested. But what about Allie (Lindsay Arnold)? She’s looking for a job too so why not make their own jobs.

Chanel goes to Allie with her idea, but Allie is also not independently wealthy. Allie loves Chanel’s idea but she now has to go to Sami (Alison Sweeney), Kate, or maybe even EJ (Dan Feuerriegel) for the funds. Will she get it? Stay tuned to Days of Our Lives weekdays to see how these stories play out.