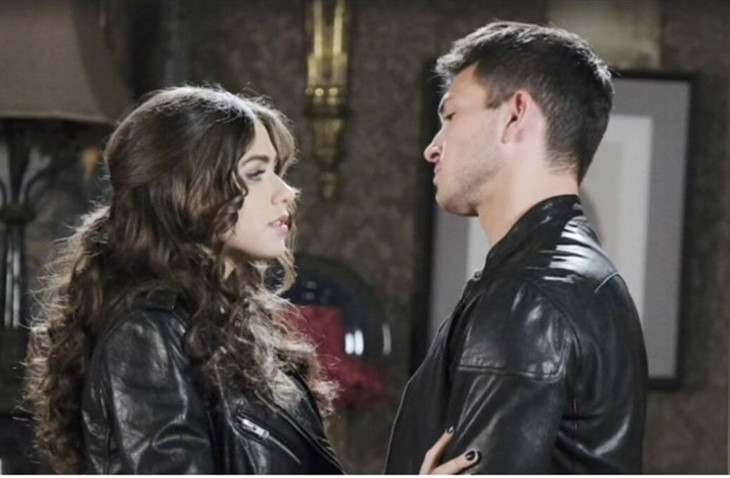 DOOL spoilers reveal that Ciara is coming back to Salem. However, it’s not for the reason that fans think. In fact, the summer preview indicates that she doesn’t come to reunite with Ben Weston (Robert Scott Wilson). She demands to know why he hasn’t signed the divorce papers. She needs the divorce quickly and almost seems desperate. What is really going on and is Ciara in some kind of trouble? All the head writer would tell Soap Opera Digest for certain is that Ciara has a “very big” reason she needs the divorce papers signed.

Paulina was teased to be full of scandals and secrets when she made her big debut. We haven’t really learned what she is hiding, though. The summer preview teases that Paulina pitched her plan to make Horton Square more diverse. Abe Carver (James Reynolds) was sold on the idea. However, what Paulina told Abe and what is really going on aren’t exactly the same. There might be a redemption story when Paulina starts to see the heart and soul in the Salem residents.

Days of Our Lives spoilers reveal that Gwen and Xander will end up having a wildly passionate romance. However, there is more to the story. It turns out that Xander takes action to deal with Dr. Snyder (Michael Lowry). Gwen doesn’t want to depend on anyone for help but she also realizes she can’t deal with the situation on her own. It sounds like Xander will defend and protect Gwen in his own ruthless way. He might even become her personal hero.

As for what else to expect, Bonnie Lockhart (Judi Evans) wants Justin Kiriakis (Wally Kurth) to make their relationship public. However, there is the issue of Bonnie’s past. She comes up with a plan to get Salem’s “seal of approval,” but it means getting some help from Steve “Patch” Johnson (Stephen Nichols) and Kayla Johnson (Mary Beth Evans).

Days Of Our Lives Spoilers – Love, Lust, Betrayal, And Heartbreak

Chanel Dupree (Precious Way) and Allie Horton (Lindsay Arnold) are best friends and now they will also be business partners. Even though Allie told Tripp Johnson (Lucas Adams) that there’s nothing romantic with Chanel, she’s in denial.

Sami Brady (Alison Sweeney) and Nicole Walker Brady (Arianne Zucker) both cheated and wanted it kept secret. It will become a game of which one gets exposed first. As for Eric Brady’s (Greg Vaughan) return, Nicole thought life would be perfect once they reunited. However, it doesn’t end up being the fairy tale Nicole hoped for because of her one-night stand. Plus, Nicole claimed to support Rafe Hernandez’s (Galen Gering) new romance. This summer, Ava Vitali (Tamara Braun) realizes Nicole’s no cheerleader… She’s competition.

Days of Our Lives Spoilers: Ciara Returns To A Fed Up Ben #Days #DOOL #DaysOfOurLiveshttps://t.co/iSewTKeDvF

As for Kate Roberts DiMera (Lauren Koslow), she is faking her memory loss and blindness. She wants Jake DiMera (Brandon Barash) and Gabi Hernandez (Camila Banus) to suffer. It is teased that Gabi won’t put up with Kate’s antics for long, though. That won’t be Jake’s only issue, though. He will battle being ousted out of DiMera Enterprises by his three brothers.