The Young And The Restless (Y&R) News: Sharon Case Talks Working With Alyvia Alyn Lind And Their Close Bond 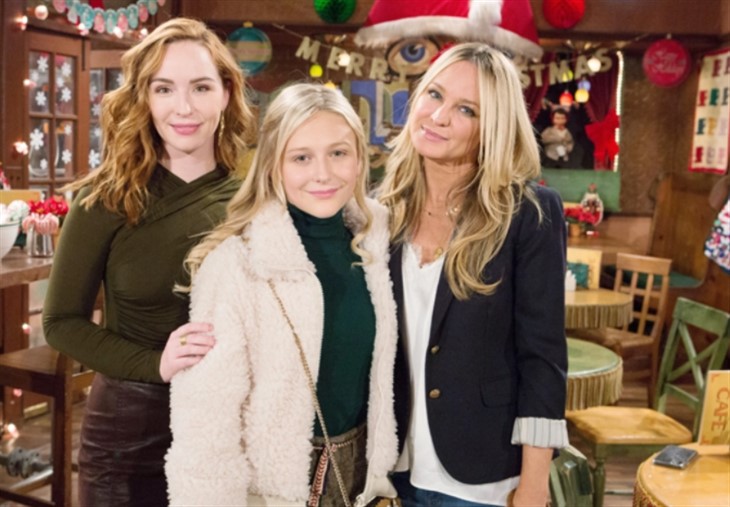 The Young and the Restless (Y&R) news reveals star Alyvia Alyn Lind (Faith Newman) can consider herself to be a very lucky little lady. Not only does she have a promising career ahead of her, but she can also count on the love and support of her real-life mother, but also her on-screen mother Sharon Case (Sharon Newman) who can’t help but feel an unexpected rush of emotions each and every time when she works with the young and talented teen. Read on for all that you need to know.

Speaking to Soap Opera Digest in a new interview, actress Sharon Case, who plays Alyvia’s mother on the hit CBS soap, says that having Alyvia right next to her during her character’s wedding to Rey Rosales (Jordi Vilasuso) felt very special to her and for many different reasons, too. In fact, there’s one moment that the two share together in which Sharon tells Faith just how much she is proud of her. And according to Sharon Case, those feelings and her emotions were certainly real.

She told the publication, “I had so much on my mind with all of my other dialogue that I hadn’t really though through this scene very well that I would be having with Aly. Once we started taping and I looked at her and started saying these things, it was one of the first times that I almost couldn’t continue because I got really choked up. It just hit me from out of the blue; I didn’t see it comes. I’m not normally thrown like that. I don’t think the audience saw it because I’m pretty certain I covered it well.”

Sharon went on to say that she has nothing but love for Aly and that they infact do look like a real mother and daughter pair. She added, “We have been talking about how she and I look so much alike, so we’ve made up fantasy scenarios of how we are related. That probably made me feel super-sentimental.”