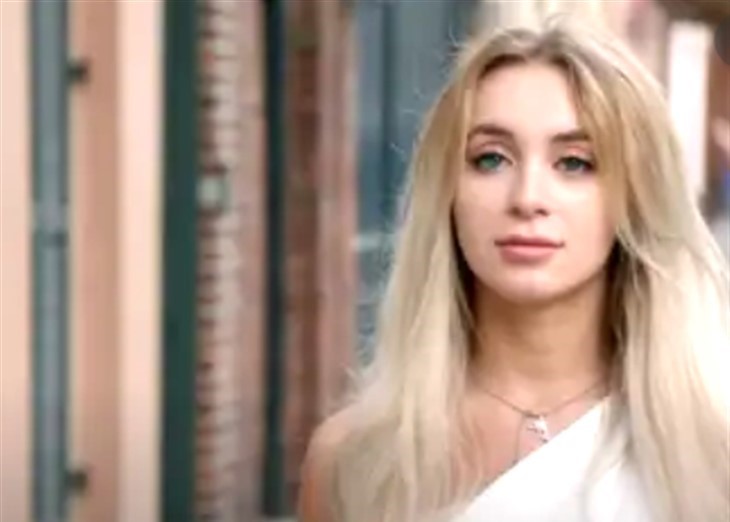 90 Day Fiance spoilers say that Yara Zaya is thinking ahead and perhaps way ahead as she might be looking to start a side gig for herself. In fact, Jovi Dufren’s Ukranian girlfriend just uploaded her second YouTube video where she shares her makeup routine with her fans and followers. And from what we can tell already, it looks like Yara won’t have to try very hard to go viral with her new gig. Here’s what you need to know.

90 Day Fiancé Spoilers – Is Yara Zaya Trying To Become The Next Best Thing In The Infleuncer World?

If there’s anything that we’ve learned about Yara this season on 90 Day Fiance, it’s that Yara is the kind of girl who isn’t shy to express her feelings, especially when it comes to the things she wants. She made it clear that she wasn’t going to get pushed by Jovi’s mom to have a big Cajun wedding with his relatives while her own are still in her native Ukraine.

What’s more, Yara also hasn’t been a big fan of her new hometown, New Orleans. Apparently, the Big Easy just isn’t as glitzy and glamourous as she was hoping for it to be. Seeing how her fiancé Jovi is busy traveling for extended periods of time because of his underwater mechanics job, Yara decided to start her own YouTube channel.

Yara’s first episode was a Zara clothing haul in which she showed off her most stylish looks for her fans. Realizing that there’s a lot of potential for her to become a beauty infleuncer, she decided to post her second video about her nighttime makeup routine. And from what we can tell already, it’s a big hit. In addition to her vlogs, she’s also been showing off her best and most fashionable looks on her Instagram account, much to the delight of her worldwide fans.

So, could this mean that Yara might becoming the first successful infleuncer to branch away from the 90 Day Fiance series? Perhaps. While no one knows if she’s married to Jovi or if perhaps they’ve even separately already, Yara’s certainly not wasting any of her time at home and thinking about her future.

Be sure to catch up on everything happening with 90 Day Fiance news right now. Come back here often for all the latest 90 Day Fiance spoilers, news, and updates.

90 Day Fiancé Spoilers: Armando Rubio Reveals He And Kenny Niedermeier Packed On Some…