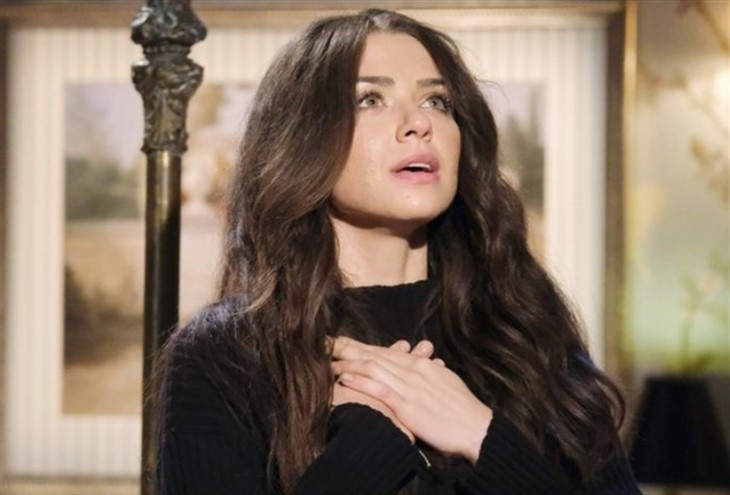 Days of Our Lives spoilers and DOOL comings & goings reveal that we are seeing Ciara Brady Weston in a hostage situation. Actress Victoria Konefal announced a few months ago that she would no longer be on the soap opera full-time. So, what happens when she is saved? With no word on her coming back full-time, is it possible that we will see a Days of Our Lives recast?

DOOL spoilers reveal that a few months ago, Konefal spoke out about her decision to no longer be on the soap full-time. She wanted to pursue other opportunities. At the time, the soap had also been going through intense renewal negotiations. It was starting to appear that it would not get renewed by NBC, but it finally did. During the negotiations, fans were not the only ones in the dark. The actors had no clue what was going to happen and prepared for the worst.

Days Of Our Lives Spoilers: Charlie Dale Pleads With Claire To Believe Him

Even though Konefal is back in a storyline, the actress has not confirmed if she is coming back full-time. Will she just appear once in a while? Is her being back as a core character going to be a surprise? What happens when Ciara is saved?

It is teased that next week, Ben Weston (Robert Scott Wilson) will finally find Ciara and the two will be reunited. But what happens after that? Right now, nobody knows and it will be a while before we find out. That’s because the soap will be pre-empted for two weeks due to the Olympics. So of course we will be left with questions due to a cliffhanger!

Days of Our Lives spoilers reveal that last year, there was an audition reel leaked on Vimeo. At that time, we reported on an unknown actress playing a mystery character that was clearly supposed to be Ciara. It was the hostage scene, so that means the soap has been holding auditions looking for a possible recast.

Ben and Ciara have such electric chemistry. However, that chemistry is between Robert Scott Wilson and Victoria Konefal. The character has already been recast 3 times in the past few years. The second one was an absolute disaster and fans hated her so much they created a petition demanding the soap fire her. Plus, we have absolutely fallen in love with Ciara. She truly brings something special to Ciara. We just can’t see anyone else being able to recapture that. There is also the fact that a recast might not have the same chemistry on-screen with Wilson. We hope that they do not recast this Days of Our Lives character, but we will have to keep watching to find out what happens.