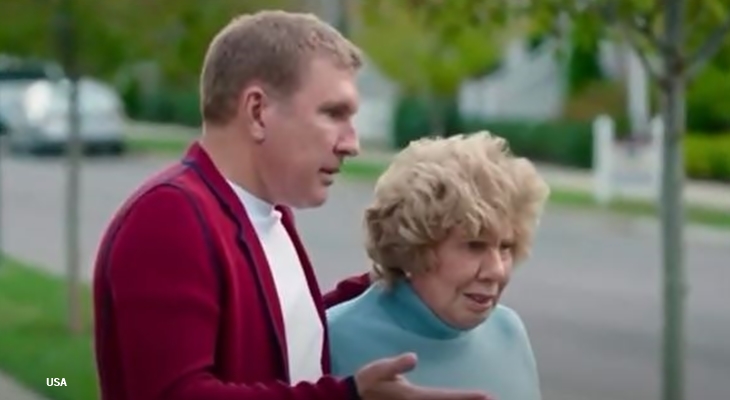 Chrisley Knows Best fans know that Nanny Faye often starts up a business and often, they seem quite dodgy. After all, she once terrorized a little kid who was just trying to sell some stuff on the corner. Well, she was upset as he poached customers in her territory. Now, she started up a new business and as Chase is her assistant, it seems dodgy as well. Todd balked at becoming involved in it.

In September this year, USA Network fans saw that Nanny Faye dressed up as a fortune teller. In front of her, there sat a crystal ball. The teaser for the episode showed that in a mysterious voice, she intoned that she sees a “dark cloud coming.” Well, fans later saw that it was yet another business that she started. Todd’s mom masqueraded as a fortune teller at the local senior center. Of course, it’s unlikely that she really terrorized a kid or conned old folks into thinking she’s a fortune teller. The show is only loosely based on reality TV, after all.

Chrisley Knows Best brings a lot about Todd’s mom to the audience and in fact, she fast took over as a favorite of the show. She always has a wisecracking comment ready and waiting. On the Thanksgiving special, fans saw that the family went out hunting for alligators in Florida. When Todd nearly wet himself, she told him that she made sure that wouldn’t happen to her. After all, she claimed that she prepared for it by wearing her “depends.” Of course, fans laugh until they cry and this time, it probably produced a similar reaction.

Taking to his Instagram Stories on Thursday, Todd shared a clip from the USA Network. In it, he walked into the house and discovered a whole lot of dogs. Chase wore some gloves and explained that he needed to bathe all of them. Well, he claimed that he could it just fine. To an astonished Todd, Nanny Faye explained that she started a business and named it “Doggie Faye Care.” Actually, the way she said sounded really funny. It came out as “Doggie Fake Hair.” And, it seems fake anyway. Everyone knows that it’s highly unlikely that Chase is an expert dog groomer. 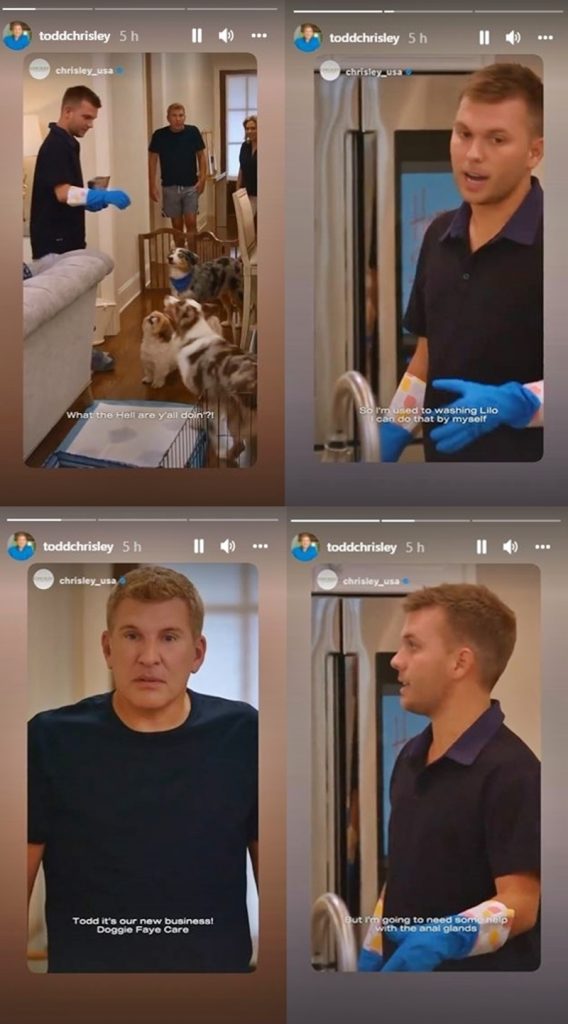 Do you enjoy seeing Nanny Faye forever trying to start up dodgy businesses in Chrisley Knows Best? And what about Chase, who always seems to get roped in to do the hardest part of the job? Sound off in the comments below.

DOOL Spoilers: Cin Having Twins – One Angel Baby And One Devil Baby