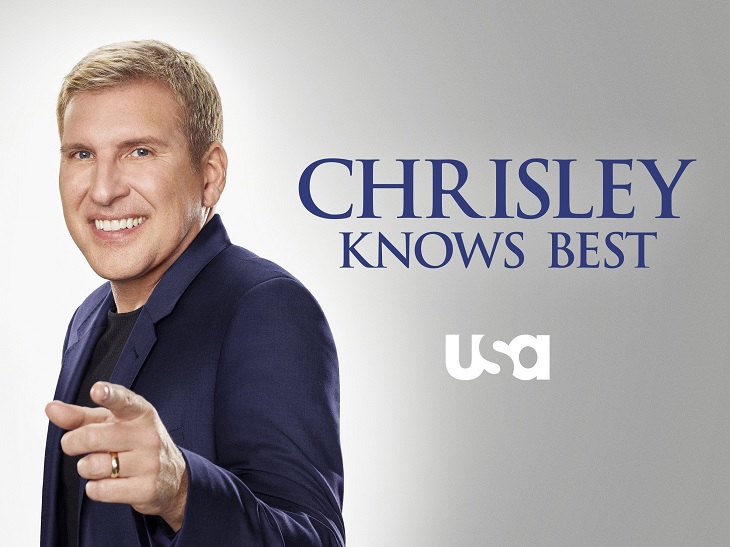 Chrisley Knows Best fans know that Todd uses a lot of Botox. Despite his denials that it’s not true, it’s not that easy to hide. Plus, they often see him talking about it or trying to get his mom, Nanny Faye to agree to it. Season 9 currently airs on the USA Network, and part of that involves Todd and Julie Chrisley bickering about who snores at night. A teaser clip got fans gasping and then slamming him for using too much Botox.

Todd quickly became very popular when he started the Chrisley Knows Best show. Plus, he juggles the spinoff, Growing Up Chrisley. Apparently, his wife Julie also plans to open a restaurant. Presumably, he also advises Savannah with her business, Sassy by Savannah. He’s busy, but he works relentlessly at polishing his image as Mr. Funny Man. Of course, comedians don’t always hit the funny spot with viewers, as people vary so much. Actually, a recent joke about getting his kidney preserved in The Smithsonian fell flat with a lot of people.

The Chrisley Knows Best star might be well-known for his humor, but he’s also well-known for using Botox. Actually, he denied that he uses it too much. At one stage he claimed that he has a routine, but sometimes he misses it as he’s busy. Still, he can afford for his doctor to come and do his Botox and skincare routines in his home. Actually, fans once saw how Nanny Faye thought he went way too over the top with it. Well, Page Six noted that in the selfies he shares he seems to age in reverse from using Botox.

On Monday, August 23, a teaser for Season 9 of the show revealed the 52-year-old star chatting with his wife Julie. She snores and keeps him awake, he claims. However, she said that if necessary, she’ll record him as he also rattles the rafters. Some fans commented about that and discussed sleep apnea and sharing the bed with someone who snores. However, others talked about his Botox as in the clip, his face looked a bit puffy. Some fans thought that perhaps he put on weight. However, others firmly believe his Botox routines clearly went through the roof.

Todd looks awful with that Botox. He face looks so fat.

Hes had to much botox of face lift or something.

He looks like Tim Allen on Christmas with the Kranks when he got the Botox.

And his face looks like he hadn’t missed any…Botox shots anyway. He could give Wayne Newton and Liberace a run for their money.

Am sorry but his face looks like it’s so tight it hurts!”

Not alone in Criticism

Todd Chrisley isn’t the only member of the family who gets slammed for using too much Botox. Savannah, while universally accepted as looking very attractive also gets similar comments.

Remember to check with back us often for more news, updates, and spoilers about the cast of Chrisley Knows Best on the USA Network.