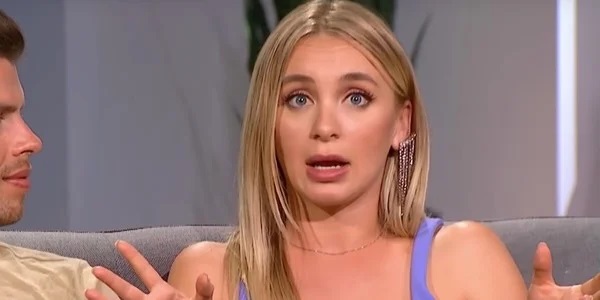 The new mom, Yara Zaya, has been dragged by fans for promoting a materialistic lifestyle on social media. Although she’s a mother now, her glamorous style is still as important to her when she was still single.

The “90 Day Fiancé” participant has shared one of her struggles as a glam mother in an incident involving her child Mylah that made any beauty enthusiast cry.

On Instagram, Yara posted a picture of a broken bottle and splattered serum on the floor. The said serum is very popular, which costs over $75 per bottle.

“Thank you Mylah. It’s was new Estée Lauder serum,” Yara sarcastically captioned.  “Happened in 1 second. I try to put on my face, and Mylah drop bottle to the floor,” she explained.

As Yara and husband Jovi Dufren‘s daughter Mylah is growing bigger every day, she’s getting extra curious as well, which shows that balancing luxurious life and motherhood isn’t always easy.

90 Day Fiancé: Yara Zaya Slams Fans Who Accused Her Of Landing Into A Lap Of Luxury: “I Work Too”

Yara has the most followers on Instagram than other participants in this season of the “90 Day Fiancé” with over 419k followers. But the mother of one did not escape criticism from viewers when she posted a photo of her being cozy on a sofa while Mylah was on the floor holding a napkin in a luxurious room.

“While Mom is resting, Mylah wipes everything with a napkin,” she wrote in her caption.  With her fans flooding her post with support came her bashers, accusing her of spending Jovi’s hard-earned money on luxurious things.

When many fans appreciated her “new house” her haters were quick to swarm in the comment section.  “Yeah bcuz you aren’t working and no strangers are coming in the house to clean,” a critic commented.

“How do I apply for the show? So I can afford a nice home like this?” another one questioned.

When many questioned where her family was, Yara clarified she’s in a vacation rental with baby Mylah and Jovi, but it did not stop her critics from pouring out their disapproval.

“It’s too bad you are sooooo materialistic,” a fan complained.  “You should be proud you have a husband that can do like he does. You and baby wear nice clothing. Be happy your husband works most don’t want to work they wanna sponge off the woman,” another critic remarked.

Yara called out her bashers by commenting “Y’all stop, I work too.” It was revealed that aside from her clothing line boutique, she’s about to launch her own upcoming makeup line this year.

However, it seems like Yara took the criticism to heart as she posted the same photo on her IG story to defend herself.

“It’s so funny many people think that Jovi is a millionaire,” the caption reads.  “And this I spend my days,” with an arrow pointing to her being cozy on a white sofa.

“Do I need to show boring stories on my IG, how I work at home online all day? I don’t have a minute of free time, plus a small child.”

The glamorous blonde clarified that just because she doesn’t go to the office every day doesn’t mean she’s not working. On top of that, she’s a full-time mom to her growing baby, Mylah.