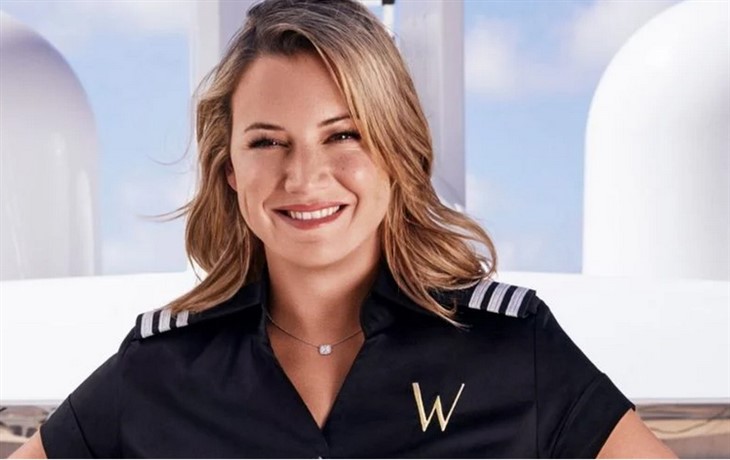 In the latest episode of Watch What Happens Live with Andy Cohen Below Deck start Malia White discussed her relationship with engineer Jake Baker.

Initially, the Below Deck Mediterranean bosun played the shy card, laughing and saying she didn’t know what Andy was talking about.

“I needed a lot of oil changes.”

Though coy at first the reality star went on to reveal that it had been Jake who had made the first move.  Malia went on to say that nothing really got heated until the season of Below Deck Mediterranean had wrapped.

So naturally, there is very little on-camera footage of the two talking on the show.  When Andy asked the reality TV star if deckhand David Pascoe had gotten jealous, she didn’t get a chance to answer for David was shaking his head no.

When the subject of whether the captain approved of the relationship Malia answered unequivocally saying, “I don’t care.”

The questions tapered off with Malia sharing the good news that she and Jake were still together which was followed by a round of applause from the studio audience.

Below Deck Mediterranean – Malia Wasn’t Up For Another Boatmance

In August, Malia had told Bravo Insider that, after her breakup with Tom, she had no interest in pursuing another romance on the boat on Season 6 of Below Deck Mediterranean.

She said she was still talking with Jake at the time and that the breakup was still fresh.  “You know, I’d just [gotten] out of a pretty bad breakup,” she said, adding that, at the time, she was still pretty closed off.

She made clear though that none of what had gone on meant that she would never date someone on the boat again, saying that in the yachting industry it makes sense for people to date others in the industry.

“So I’m not against it. I’m not saying no,” she said, adding that she just thought she had needed time, “like a little mourning period.”

Malia White has been on Below Deck Mediterranean since season two.  After reality TV star had “snitched” out fellow crew member and chief stew Hannah Ferrier, this last season for having valium and CBD on the boat other fans of the show were not very trusting of the bosun.

She had even taken photographic evidence and many viewers completely turned on the reality TV star, calling her a “snitch.”

Fans can catch new Season 6 episodes of Below Deck Mediterranean Mondays at 8 PM Central on B on Bravo with early access to new episodes on Peacock.