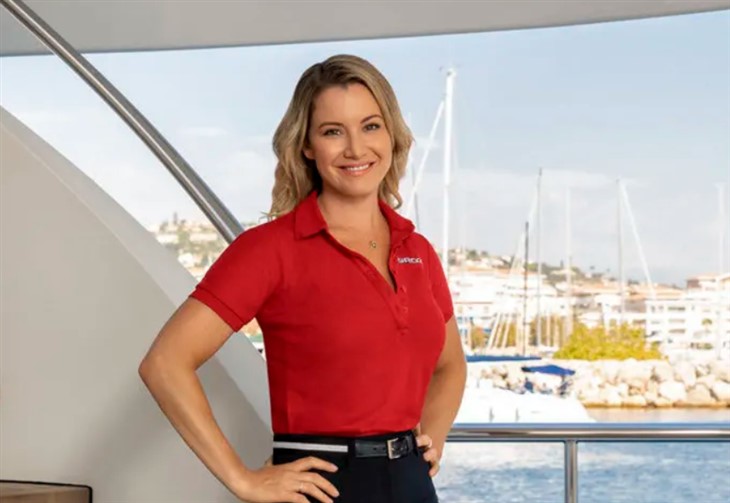 Hannah Ferrier, former chief stew on Below Deck Mediterranean has been doing great since leaving the show and now she’s gone and bought a home.

On Saturday, October 16, the proud new mother took her joy and shared some of it with followers on Instagram and fans showered her with congratulations.

Below Deck Mediterranean – Praise For The Movers

Next to an image on Instagram of the Below Deck Mediterranean star and her movers standing before a loaded moving truck she wrote, “The look on my face says it all!! After 10 years of saving I am finally a home owner – and what a beauty it is!!!”

The rest of her caption was dedicated to heaping praise on the movers who helped her load the truck as she wrote, “These awesome guys at @harbourmovers are the f__king BEST!

If you are in Sydney don’t go past these legends.

Just spreading the love – thank you guys so much.”

Fans of Below Deck Med as well as the former chief stew heaped congratulatory praise on her with one saying, “Finally!!!! So happy for you” and still many others saying “Congratulations!”

Below Deck Mediterranean –  Yachting Was No Longer A Career Goal

Fans may recall that Hannah Ferrier was let go from the show after being discovered with valium.  What fans may not know is that Hannah had been ready to give up yachting for a while.

She began considering the move after realizing the yachting wasn’t the career path, she wanted to be on in her 30s.  She had been on the yacht since season 1 serving under Captain Mark Howard as Chief Stew.

After Captain Sandy took over, things began to get tense between Hannah, bosun Malia White, and Captain Sandy.

Hannah had spent the entire season trying to bond with the crew, but Sandy and Malia never seemed to pick up on it.

Below Deck Mediterranean –  Life After Yachting

After Malia discovered valium that she believed was not prescribed she quickly told the captain for fear of getting fired herself, and the rest is, shall we say history.

The Below Deck Med captain wasted no time in firing the chief stew.  Since her firing the former reality star is now raising her first child and isn’t likely to hit the small screen again – at least not anytime soon.

It seems more likely that she is embracing her role as a mother and leaving the past behind her.  Now she has a new home she is spent so much time working for and a budding family – but fans of the show still love her.

Fans of Below Deck Med can catch new episodes of the show on Fridays and Saturdays at 7 PM Central on Bravo.