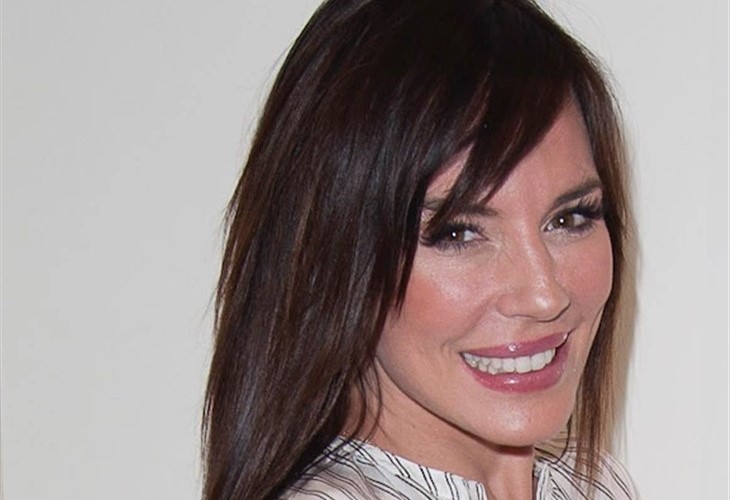 The Bold and the Beautiful spoilers show Kirsta Allen just took over the role that was originated by Hunter Tylo. B&B Spoilers indicate that Steffy’s mom could become involved in a love triangle with one of three possible suiters.

Taylor Hayes (Krista Allen) will show up on B&B on December 10, according to The Bold and the Beautiful spoilers. Nothing has been said about a specific storyline for Taylor but B&B viewers know she will be meeting her namesake grandson for the first time. Hayes Forrester Finnegan was born in July and many fans had been wondering why his grandmother had not been to visit. Spoilers say the CBS soap reached out to Hunter Tylo about returning but she was not interested in reprising the role she originated.

The Bold and the Beautiful spoilers tease that Taylor might be involved with one of three men who are not free from other relationships. This would have her involved in a love triangle. One possible suitor is the man that raised John Finnigan. Finn is unaware that his adoptive dad Jack Finnigan (Ted King) is really His biological father.

Steffy Forrester Finnegan’s (Jacqueline Macinnes Wood) mother will eventually meet her husband’s father and the two might hit it off. Jack and Li Finnigan(Naomi Matsuda) will eventually have to deal with the fact that Jack is Finn’s biological father and it might cause problems in the marriage. Taylor and Jack might find themselves becoming pretty chummy.

B&B spoilers tease that it is time for some problems between Ridge Forrester (Thorsten Kaye) and Brooke Logan (Katherine Kelly Lang). The love triangle between these two and Taylor was epic and went back and forth for years. Spoilers suggest that Taylor and Brooke might begin their rivalry for Ridge all over again.

Dollar Bill Spencer (Don Diamont) may also be a contender for Taylor’s affection. Spoilers say that if Katie Logan Spencer does not reunite with her estranged spouse that his grief might send him straight into Taylor’s arms. Whoever Taylor chooses to date will be revealed in time. One man who she definitely will be spending time with will be her son Thomas Forrester (Matthew Atkinson). Taylor missed a lot of drama that Thomas was dealing with so perhaps she can now make up for all the lost time.