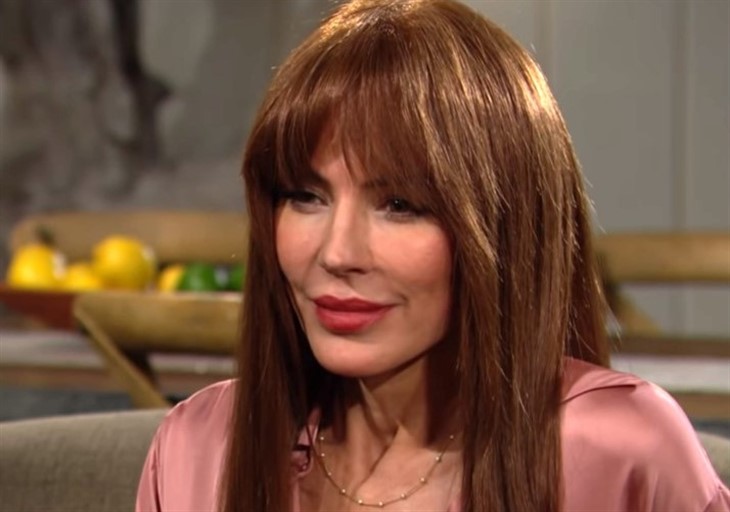 The Bold and the Beautiful (B&B) spoilers and updates tease Dr. Taylor Hayes (Krista Allen) is making connections to her family. Taylor had been away helping others as a psychologist. Taylor decided that her family needed her to come back to help them. Taylor has been reunited with her children Steffy Forrester (Jacqueline MacInnes Wood) and Thomas Forrester (Matthew Atkinson). Taylor has been able to reconnect with her ex-husband Ridge Forrester (Thorsten Kaye). Taylor knows that her family has been dealing with Sheila Carter (Kimberlin Brown) being in their lives. Taylor may believe that she needs to take matters in her own hands and find a way to deal with Sheila.

The Bold And The Beautiful Spoilers – Sheila Carter Wary Of Dr. Taylor Hayes And The Holiday Invite

Taylor has been concerned about Sheila being around Steffy and her family. Taylor and Sheila have a troubled past. Sheila has been trying to put the past behind her in order to have a relationship with her son Dr. John Finnegan (Tanner Novlan) and her grandson Hayes Finnegan (Piper Harriot). Steffy has not wanted Sheila to be a part of Finn and Hayes’ lives. Steffy has not been able to move past the fact that Sheila almost killed Taylor. Taylor knows that Steffy and Finn have been having problems dealing with Sheila. Taylor may believe that she should try to find out what Sheila’s true intentions are in regards to Finn and Hayes. Taylor may decide that she could invite Sheila to a family Christmas celebration to find out Sheila’s intentions. Sheila will be excited to get the invitation to Christmas but she may be concerned that Taylor has some kind of agenda.

Steffy has been trying to make sure that Sheila does not hurt Finn and Hayes. Finn has been struggling to find a way to honor Steffy’s wishes but he has wanted to get to know Sheila. Finn has understood that Sheila has hurt members of Steffy’s family especially Taylor. Steffy was happy that Taylor returned home because she believed that she could help her with Sheila. Steffy believed that Taylor would help her to keep Sheila away from Finn and Hayes. Steffy is going to be surprised to find out that Taylor has invited Sheila to come to a family Christmas gathering.

The Bold And The Beautiful Spoilers – Dr. Taylor Hayes Has A Plan For The Grand Holiday Gesture