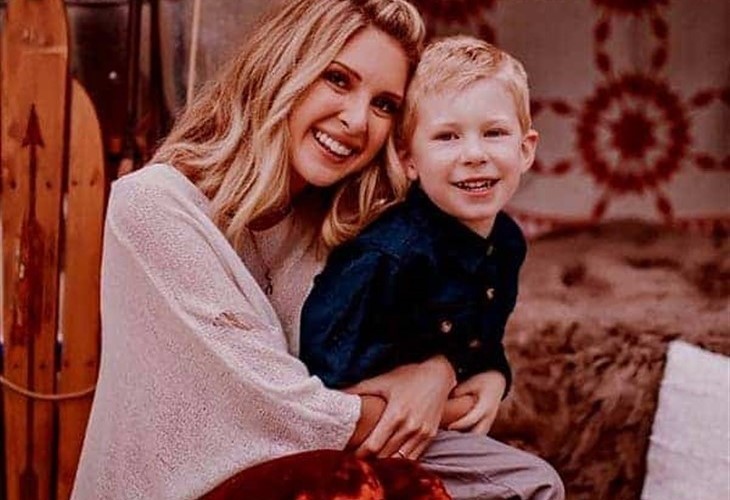 Lindsie Chrisley recently divorced Will Cambell and is now ready to make Christmas traditions of her own with her son Jackson.

“I’m trying to start new traditions with him [Jackson] that we didn’t even do when we were married,” the eldest Chrisley sibling told In Touch, adding, “You just need a fresh start sometimes. I think just starting new tradition, having a new normal is good.”

Keep reading to discover what new traditions the 32-year-old Growing up Chrisley star has in store for this Christmas season.

The estranged Chrisley sibling told the cameras that she plans on taking her son to Disney to celebrate Christmas. She also revealed that after her split from Will, 31, holidays have been difficult. Specifically, she said Thanksgiving was “really, really difficult.”

“I never prepared myself for that,” she said, “I don’t think you ever go into a marriage preparing yourself to share your child over the holidays.” Unfortunately, the podcast creator had to spend her first Thanksgiving without her son, 9-year-old Jackson

The Coffee Convos podcast host went on to explain that the Christmas holiday was “much more meaningful” to her adding that she lucked out this year.

The former Chrisley Knows Best star did get to spend quality time with her son before Thanksgiving, however, and she got to surprise him with a new dog, Georgia, on the Saturday prior to the holiday.

The reality star even took to Instagram, on December 1, to share an adorable collage of images of her son grinning and holding his new pup, calling it “One of the most cherished memories of my life.”

She went on to elaborate, writing, “The first memories of Jackson & Georgia together. I set out to plan a sweet picnic for us to celebrate Thanksgiving as this was going to be the first major holiday that I wouldn’t be able to spend with him. I wanted this time to be special & something different. “

The former reality TV star wrote that it was, shall we say, fortuitous that she found the dog when she did in time for her early Thanksgiving holiday with Jackson, writing that “she’s [Georgia] what we both needed & I didn’t realize it until I met her.”

Be sure and stay apprised on all things Chrisley and return here often for all the spoilers, news, and updates.