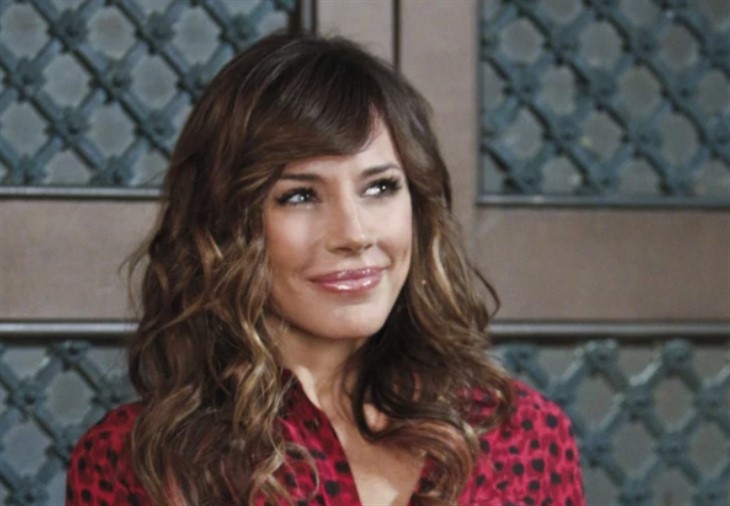 The Bold and the Beautiful spoilers document that Taylor Hayes’ (Krista Allen) return to Los Angeles, California, is needed. Steffy Forrester Finnegan (Jacqueline MacInnes Wood) feels the walls closing in on her because of the threats that Sheila Carter (Kimberlin Brown) and Deacon Sharpe (Sean Kanan) represent.

Along with Steffy, Ridge Forrester (Thorsten Kaye) has begun debating the merits of Hope Spencer (Annika Noelle) allowing Deacon into her life and therefore into Lope’s and the Forrester’s as well. The Bridge divide is teased as widening in the coming weeks, which provides an intriguing opportunity for this one-time power couple to revisit their romantic past.

It would be a major shift to have Ridge leave Brooke and reconcile with Taylor, a character who debuted in 1990. Tridge has not been officially together since 2006 when their second marriage ended. That is a long time ago in real and soapy time.

Hunter Tylo (the original Taylor) was a sporadic, recurring cast member in recent years. She returned in 2018 and was involved in a fun, retro-themed cake fight with her nemesis, Brooke.

Taylor also played a key role in Beth Spencer’s (Madeline Valdez and River Davidson) perceived private adoption. Reese Buckingham (Wayne Brady) stole Beth from Lope at birth, claiming that their daughter died and that Flo Fulton (Katrina Bowden), her name at the time, was the mother who could not raise her newborn child.

Taylor appeared to be entering a relationship with Reese, who targeted her as a money source. Taylor and Steffy had no idea who Beth really was. Steffy named the girl Phoebe in honor of Tridge’s deceased daughter who was Steffy’s fraternal twin.

B&B Spoilers – Dealing With The Here And Now

Taylor did not return after Steffy’s motorcycle accident last year. She did not reappear when Hayes Forrester Finnegan (Samantha Worden and Piper Harriet) was born or when Sinn was married this year. Dialogue was offered about Taylor having other obligations as an explanation, but devoted audience members knew that each instance did not feel right.

Buzz indicates that Tylo was believed to have been offered the opportunity to rejoin the cast and declined. So, Allen became the recast.

The Bold And The Beautiful Spoilers – Tridge Revived In Near Future

Ridge demonstrated no indication in recent years of having lingering feelings for Taylor. He will question Brooke about her heart where Deacon is concerned.

B&B fans are familiar with how often Bridge has broken up or divorced only to reconcile. So, B&B can write another believable Bridge break.

Deacon is not Brooke’s long-lost love. But his desire to form a bond with Hope puts him in Brooke’s proximity.

It would be a stretch for Brooke to suddenly leave Ridge for Deacon. However, viewers know that Kaye’s character was with Shauna Fulton (Denise Richards) in the recent past when he was having problems with Brooke. So, if Taylor is interested and Bridge is fighting, then a Tridge reboot would make sense.