B&B Spoilers: Taylor Confesses Her Feelings About Brooke To Ridge 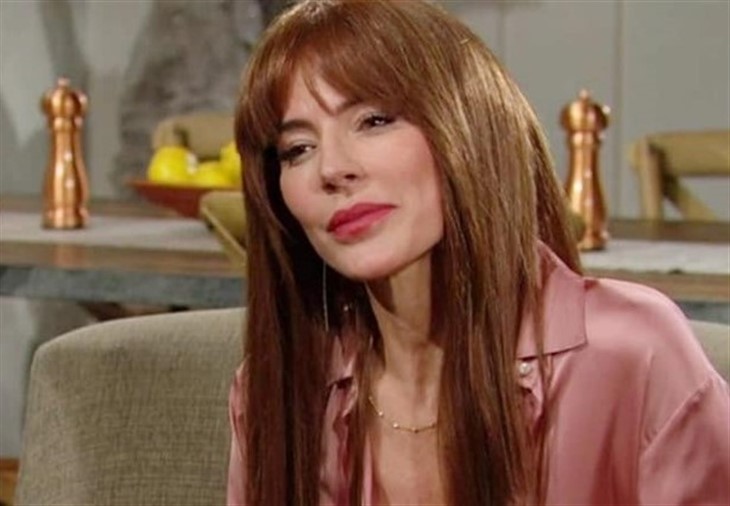 Steffy had been calling her mother and talking to her previously, but Taylor hadn’t given her daughter even a clue that she was coming back to Los Angeles! Not only was she coming back, Steffy was pleasantly surprised to hear, she was coming back to stay! When Ridge came, he had come with a bottle of whiskey fresh from an argument with Brooke over Deacon! He came through the door seeing Taylor from the back and mistaking her for his daughter, saying he didn’t want to drink alone!

Viewers of The Bold and The Beautiful will recall that Ridge poured out his heart to Taylor right away, after catching up and Taylor trying to hide her torch for Ridge as best she could, saying she came back to be close to their grandchildren. Viewers of The Bold and The Beautiful will remember them discussing how Douglas Forrester (Henry Joseph Samiri) should be living with his father, Thomas Forrester (Matthew Atkinson) instead of with Hope and Liam Spencer (Annika Noelle, Scott Clifton) in Brooke’s house, on Brooke’s property, with Taylor putting the emphasis on “Brooke”.

Viewers will remember that actually had been Thomas’ plan before his deal on a house fell through and he was forced to stay roomies with Paris Buckingham (Diamond White) which was awkward in itself – Paris having been involved with his cousin, Zende Dominguez (Delon de Metz) but attracted to Paris at the same time! He’d already sublet the apartment to Paris without another place to go to! Perhaps Taylor will get a place of her own big enough for her son and older grandson to move in with her, at least temporarily until Thomas can find another place!

Viewers of The Bold and The Beautiful will recall from a previous episode of The Bold and The Beautiful that Thomas and Steffy talked to Ridge about their concerns, that Brooke had hurt him over and over again and they wanted him to be happy! Thomas and Steffy couldn’t believe their eyes when they went back to the cliff house and saw their parents in an embrace, after just having talked about Taylor having shown up and wondering what Dad would think!

Taylor had confessed her feelings for Ridge and her hurt about him having chosen Brooke over her to Steffy previously. Just before Thomas and Steffy showed up, she had picked up on pain in Ridge and asked him if there were problems with his marriage, and he started unloading about Brooke believing Deacon has changed, when Taylor brought up Deacon and Brooke’s “sordid past”.

Longtime Bold and Beautiful viewers will remember when Deacon was married to Brooke’s older daughter Bridget Forrester (Ashley Jones) and had an affair with Deacon which produced Hope! As Thomas and Steffy are walking in, they witness Taylor’s sympathy hug as she’s trying to comfort Ridge. He will continue to pour out his frustrations over feeling like he’s losing Brooke to Deacon, and Taylor will tell him her feelings about Brooke. Ridge will find out Taylor thinks the same thing as their children – that the “bridge” needs to break for the last time, because Brooke has hurt Ridge too many times!

5 Most Shocking General Hospital Storylines Of 2021

GH Spoilers: Elizabeth Has To Live With Her Decision!