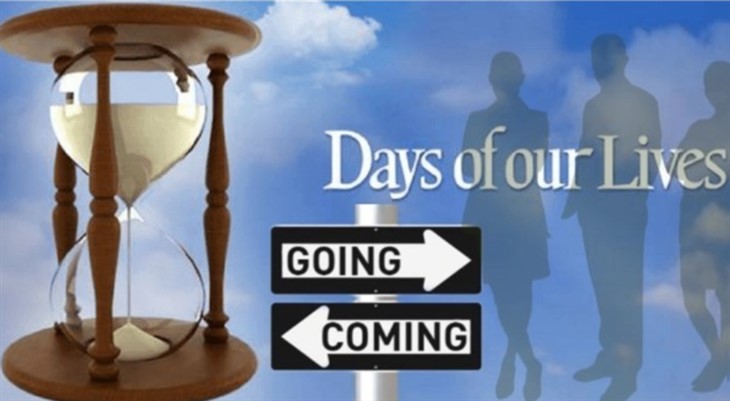 Days of our Lives (DOOL) comings & goings for the Week of November 8, 2021 show some amazing characters return to the darkness they sprung from last week. Could you believe the terrorizing that went on at the behest of MarDevil (Deidre Evans)?

Several Salem characters could not believe their eyes when they spied the undead walking freely among them. Worst yet, each was on a vindictive mission to repay their tormentors!

Also there is news of a famous singer coming to town—who could it be? Let’s not waste a single minute more as we dish all the dirt that’s fit to print DOOL fans.

The Week Of November 8, 2021 Brings Ghoulish News From The Undead

The show went all out for Halloween this year. There was not one, not two, but three back from the dead appearances of baddies. These mean characters came back to haunt and taunt and they were even creepier the second time around!

Alas All Hallow’s Eve is over for another year and thus Blake Berris, Vincent Irizarry, and Mike Manning as Nick, Deimos, and Charlie have crawled back to the fiery pits of despair from which they came, but before they did they went on a terrifying spree of madness. Who was your favorite ghoul? Did one of these traumatizers give you the heebie jeebies more than another one? Let us know who you wouldn’t seeing back in Salem next year!

Days Of Our Lives spoilers – The Week of November 8, 2021 Has A  Musical Influence

Lastly, the Week of November 8, 2021 shows that a Backstreet Boy has a role as a car driver. A.J. McLean, from 90s boy band Backstreet Boys, will play a driver—could he be a getaway driver?

This summer McLean posted about his brief stint on Instagram saying that being on the show was, “one of my biggest dreams.” Like so many of us he has fond memories of watching the show with a beloved family member growing up, in this case his grandmother.