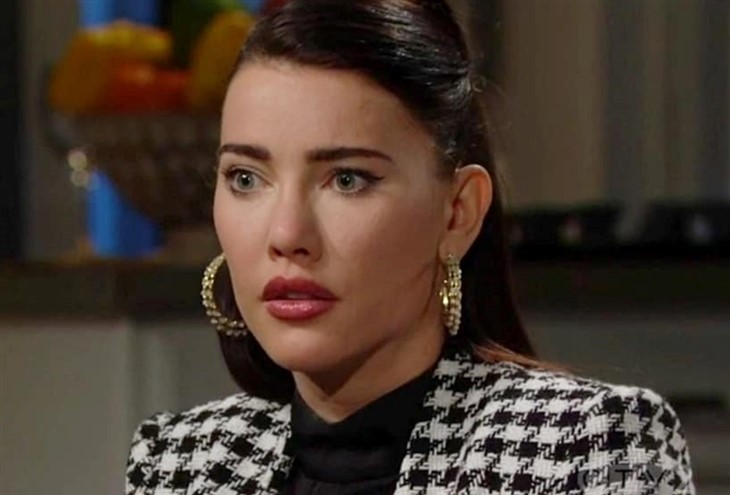 The Bold And The Beautiful Spoilers indicate that Steffy Forrester (Jacqueline MacInnes Wood) and Hope Spencer’s (Annika Noelle) truce is about to be tested when they clash over Sheila Carter (Kimberlin Brown) and Deacon Sharpe (Sean Kanan). Can Steffy and Hope ever mend fences again?

The Bold And The Beautiful’s Steffy has been working with Liam Spencer (Scott Clifton) to keep Sheila and Deacon out of their lives. However, Hope has been trying to keep in touch with Deacon and wants to introduce him to her children and that cannot happen. Steffy doesn’t want negative influences around her family and Hope is her daughter’s stepmother. Steffy sees how Liam is being affected by Deacon’s presence and she’s doesn’t want that. Deacon is evil in Steffy’s eyes as well and she doesn’t want him near her child. Can Steffy and Liam keep Deacon out of Hope’s life? Can Steffy keep Sheila away from John “Finn” Finnegan (Tanner Novlin) or will Steffy end up divorcing her husband to keep her child safe?

The Bold And The Beautiful’s Finn has recently learned that his father is his birth father. Finn is upset with Jack Finnegan (Ted King) for cheating on his mother, but he will eventually forgive him. Finn is going to believe that there cannot be that much wrong with Sheila if his father had an affair with her. This could cause Finn to want to get to know Sheila even more. Will Finn try to get more time with his mother behind Steffy’s back?

The Bold And The Beautiful’s Hope will overhear Liam and Steffy talking about not only her but the Logan women altogether. Of course, this is set Hope off and she will confront Steffy over interfering with her marriage. After all, has Steffy not recently chastised Hope for encouraging Finn to talk to Sheila? Hope has always known that Steffy holds others to a double standard. Hope is furious that Steffy is working with Liam to keep her father out of her life. Hope is tired of being treated like a child and isn’t about to stand for it from Steffy and her husband. Hope wants to know her father and she’s not going to let anyone stop her.