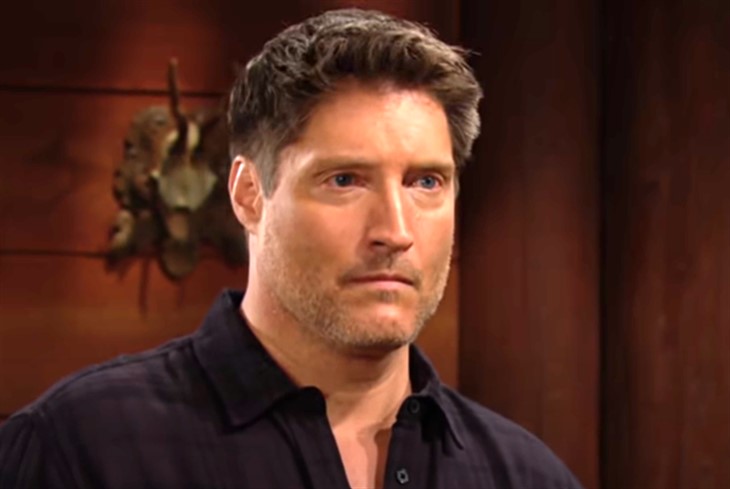 The Bold and the Beautiful spoilers reveal that Deacon Sharpe (Sean Kanan) was released from prison and went straight to his daughter’s house. Even though everyone thinks Hope Logan Spencer (Annika Noelle) made a reckless decision, Kanan hints prison changed Deacon. However, did it change him in a good or bad way?

The Bold And The Beautiful Spoilers – Hope Logan Spencer’s Secret

B&B spoilers reveal that when Hope thought she lost Beth Spencer (Madeline Valdez and River Davidson), she wrote Deacon a letter. Hope’s father was serving time in prison for firing shots at Quinn Forrester (Rena Sofer). Since then, Deacon and Hope have been communicating regularly. However, Hope never told anyone about it until Deacon was released.

When Deacon told Hope that he was being released early, she called for a family meeting with Liam Spencer (Scott Clifton), Ridge Forrester (Thorsten Kaye) and Brooke Logan Forrester (Katherine Kelly Lang). Hope planned on telling them that Deacon was on his way and she wanted to have a relationship with him. However, she didn’t have time as Deacon showed up before Hope could get the words out of her mouth.

Everyone had a negative reaction to Hope reaching out to her father and her frustration was clear. This will likely continue as it’s confirmed Liam and Brooke put their foot down with Hope when it comes to Deacon.

Speaking to Soap Opera Digest, Kanan suggested that Deacon might have changed due to his prison experience. The actor didn’t say if there would be positive or negative changes, but that something will be different with the man.

“It’s been a while since we last saw Deacon, so it’s going to be fun to see how he’s changed from that experience.”

The Bold And The Beautiful Spoilers – Sneaking Into Forrester Creations

The Bold and the Beautiful spoilers reveal that Deacon dons a disguise and sneaks into Forrester Creations. The purpose of going incognito is to see Hope, which makes her really happy. Noelle told SOD,

“It’s a really beautiful scene… you’ll see there’s some really touching stuff there. When it comes to their history, at the end of the day, it doesn’t matter what you’ve done in the past. For Hope, it’s a father warning to rebuild a relationship with his daughter, and it’s a daughter yearning to hear the words she always wanted to hear come out of her dad’s mouth.”

However, Hope does suggest that wearing disguises and sneaking into office buildings might not be the best way to handle the pushback from the Forrester and Logan families.

After leaving Hope’s house, Deacon went for a drink and ran into Sheila Carter (Kimberlin Brown). The two found out that they have a lot in common, including the Forresters and Logans interfering in them trying to have relationships with their children. Sheila suggested that they join forces and it is teased that Deacon will eventually agree.

What is interesting is Brown has stated multiple times that Sheila just wants love and nobody will give her a chance. The actress also said in several interviews that Sheila really just wants a relationship with John “Finn” Finnegan (Tanner Novlan) and Hayes Forrester Finnegan. Likewise, it seems that Deacon just wants to reconnect with Hope but is being denied that opportunity. So, fans are seeing two villains returning and creating chaos. However, soaps love to redeem villains, so it’s possible that we will be surprised with the outcome of Sheila and Deacon’s storylines.