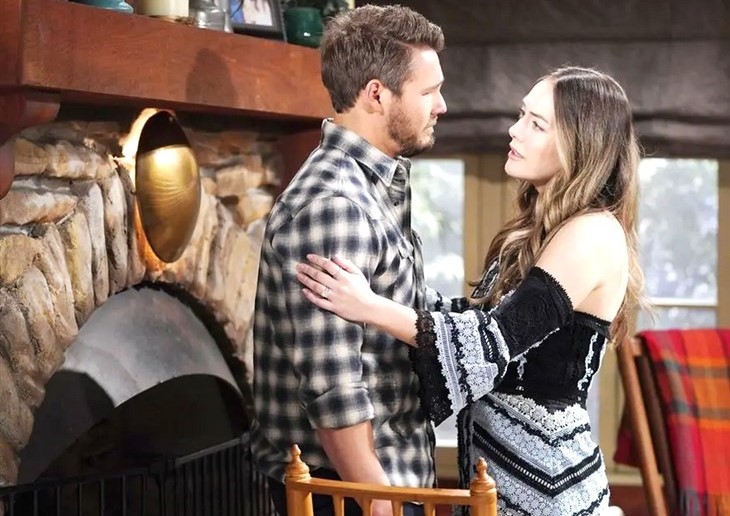 The Bold and the Beautiful (B&B) spoilers and updates tease in Los Angeles Liam Spencer (Scott Clifton) has been able to get back to his life. Liam had been in trouble with the law because of the death of Vincent Walker (Joe LoCicero). Liam thought that he was going to go to jail and be parted from his wife Hope Spencer (Annika Noelle). He did not want to leave Hope and their children Beth Spencer (River Davison) and Douglas Forrester (Henry Joseph Samiri) without him. Liam was shocked and happy when he found out that he was going to be able to get out of his legal problems and return to his family. Liam has been making the most out of being with Hope again.

Liam and Hope have been able to get back to their lives together. Hope has been able to get back to working on her fashion line Hope for the Future for Forrester Creations. Liam has been staying close to home to be with Beth and Douglas. He has wanted to make up for the time that he lost when he was in jail for Vinny’s death. Liam and Hope have been enjoying their reunion as a married couple.

Liam and Hope went to visit Steffy Forrester (Jacqueline MacInnes Wood) and Dr. John Finnegan (Tanner Novlan). Steffy and Finn have been having difficulties with their marriage because Finn found out that Sheila Carter (Kimberlin Brown) is his birth mother. Sheila is a dangerous woman who has caused Steffy and her family trouble in the past. Sheila wants to have a relationship with Finn and her grandson Hayes Finnegan (Piper Harriot). Steffy does not want Finn or Hayes to be a part of Sheila’s life. She is trying to keep her family safe from Sheila. Liam and Hope can see that Steffy and Finn are struggling with the situation with Sheila. Liam has offered to help Steffy with Hayes and his daughter Kelly Spencer (Collette and Avalon Gray) that he has with Steffy. Hope and Liam want Kelly and Hayes to be safe from Sheila.

The Bold and the Beautiful Liam and Hope want to have a bright future. Hope has not considered having more children but Liam brought up the subject when he was talking to Steffy and Finn. Hope went through a difficult time when Beth was born because she thought that she had lost her. Hope got Beth back and became the adopted mother to Douglas. Hope will need to think about having another child but she might consider it if Liam wants to expand their family. Will Hope and Liam make plans to have another child in the future? Liam and Hope want to help to support Finn and Steffy. They do not want Sheila to harm Kelly and Hayes. Will Hope and Liam get into danger in order to help to protect Kelly and Hayes if Sheila tries to come after them? Be sure to catch up on everything happening with B&B right now. Come back here often for The Bold and the Beautiful spoilers, news, and updates.