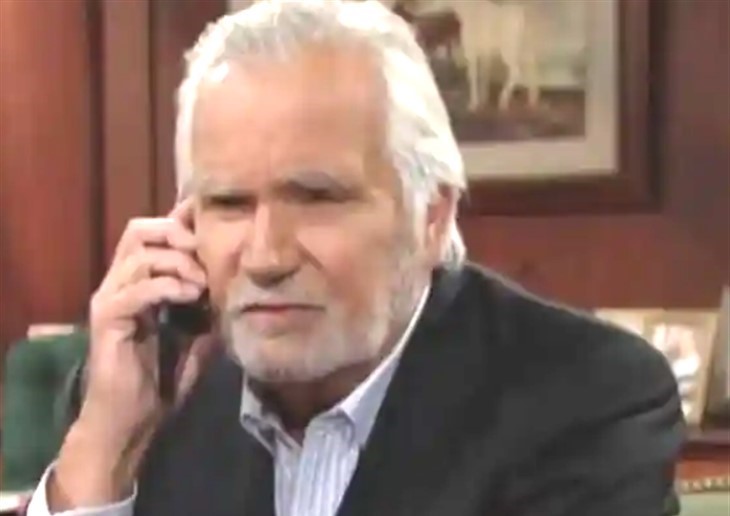 The Bold and the Beautiful (B&B) spoilers reveal that in Los Angeles Eric Forrester (John McCook) told Ridge Forrester (Thorsten Kaye) and Brooke Logan Forrester (Katherine Kelly Lang) to stay out of his marriage. The patriarch would only say there is a lot more going on than they know. Ridge will urge Eric to open up, but will he explain what led to Quinn Forrester (Rena Sofer) cheating?

The Bold And The Beautiful Spoilers – ‘Bridge’ Interfering

B&B spoilers reveal that Ridge and Brooke have pretty strong opinions about “Queric.” Every once in a while, Ridge will tell Eric what he thinks. Brooke is the one who constantly interferes and hounds Eric about his relationship. Ridge and Brooke might have the best intentions, but at some point, they need to let Eric live his own life.

When Eric took his wife back, he didn’t even tell Ridge and Brooke. The patriarch already knew he was going to be relentlessly harassed about his decision. When Carter Walton (Lawrence Saint-Victor) revealed the bombshell to “Bridge,” they immediately went to Eric’s house. At that time, Eric demanded that they stay out of his personal life. Then, Eric had to do it again and added that they have no clue what’s going on in his marriage.

The Bold And The Beautiful Spoilers -Ridge Forrester’s Request

The Bold and the Beautiful spoilers reveal that during the week of September 13, Ridge will have a chat with Eric. He will remember what the patriarch said about “Bridge” not knowing what’s really going on. Ridge asks him to open up and tell him what’s happening. On Ridge’s part, he will likely come from a place of genuinely wanting to understand and help. Once he tells Brooke, though, she will use the information to get her way. Soap Opera Digest confirms Brooke continues trying to break up “Queric” for good.

Eric has only told Quinn about his erectile dysfunction and why he kept rejecting her. The patriarch could probably benefit from having another man to talk to about the issue. So, Eric might end up telling Ridge the truth about what led to Quinn’s betrayal in the first place. Despite this, Ridge and Brooke will still feel that Quinn needs to go. It’s not just betraying Eric, though. Quinn has done a lot over the years, including to Ridge and Brooke.

Will Eric and Quinn be able to have a happy marriage again? What will Brooke do to try and divide the couple? Will she be successful in splitting up “Queric?” We will have to keep watching the CBS soap to find out how this story ends.