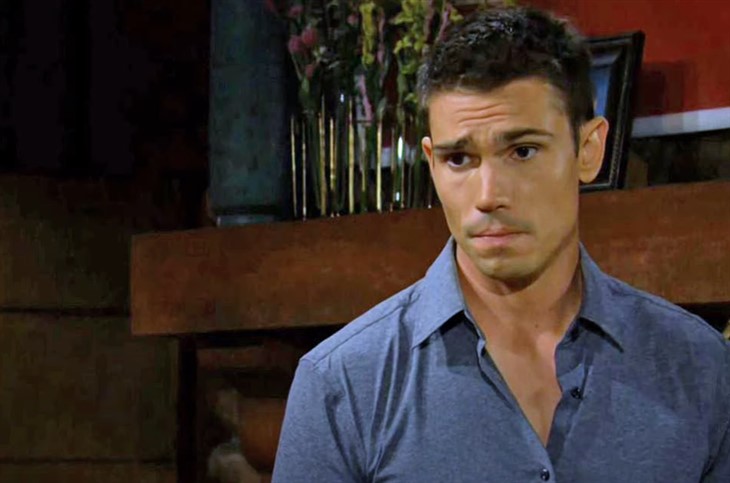 The Bold and the Beautiful spoilers reveal that Steffy Forrester Finnegan (Jacqueline MacInnes Wood) will have a joyful reunion with Taylor Hayes (Krista Allen). However, all good relationships in soaps face obstacles and betrayal at some point. Could Taylor end up sleeping with John “Finn” Finnegan (Tanner Novlan)? If so, Sheila Carter (Kimberlin Brown) might use this to her advantage.

The Bold and the Beautiful spoilers  – Steffy Forrester’s Belief

B&B spoilers reveal that Steffy firmly believes that Sheila is a threat to her family. Steffy will not give the villain another chance, especially with everything that’s happened. Despite the past, Sheila keeps insisting that Steffy doesn’t know all the details. Sheila also claims that she is innocent of many of Steffy’s beliefs about her, which are directly connected to Taylor.

Even though Finn agreed to no longer have contact with his birth mother, he won’t be able to keep that promise. Sheila pays Finn a visit and they will discuss Jack Finnegan (Ted King). It is teased that Finn will find himself drawn to Sheila again and it will cause the doctor to struggle with his commitment to Steffy.

Even though Steffy has always been a strong woman, some fans feel that she doesn’t trust or respect Finn. It’s either Steffy’s way or the highway. Finn could have a relationship with his mother without involving Steffy or Hayes Forrester Finnegan. However, Steffy won’t allow it. So, when Steffy starts issuing demands again, it could drive Finn straight to his mother — and into another woman’s arms!

The Bold And The Beautiful spoilers  – Taylor Hayes’ Return

The Bold and the Beautiful spoilers reveal that Steffy will be overjoyed to reunite with her mother. However, fans know that all relationships in soaps have some issue or struggle. Fans remember that Brooke Logan Forrester (Katherine Kelly Lang) slept with her own daughter’s man, Deacon Sharpe (Sean Kanan). Perhaps we will see a mother’s betrayal again, but this time it will be with Taylor and Steffy.

If Taylor and Finn sleep together, it will certainly cause a strong reaction with Steffy. Sheila’s main goal is to connect with Finn, but she can’t have access to Hayes unless Steffy agrees. Perhaps Sheila will use Steffy’s pain to her advantage. Steffy always puts her mother on a pedestal, so this kind of betrayal will have her questioning everything.

Sheila just might try to “comfort” Steffy and show that Taylor isn’t so perfect. Sheila might also play mind games with Steffy to find a way in. Of course, it won’t be to really help Steffy, but Sheila hopes it will get her a visit with Hayes and possibly being a part of the family. However, will her plan work?

The Young And The Restless Needs To Abolish The Dream Episodes