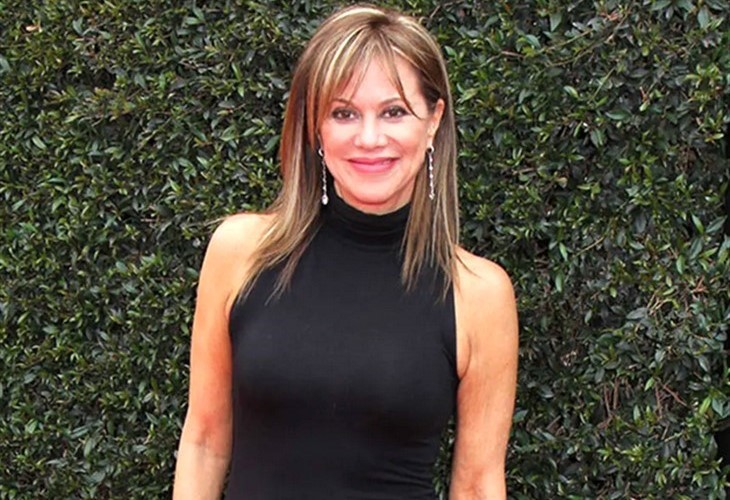 On September 26, 2006, Nancy Lee Grahn debuted as Alexis Davis, aka Natasha Cassadine, on General Hospital — daughter of Mikkos Cassadine and opera singer Kristen Bergman. With her enormous wit and neurotic ways, Alexis soon became a fan favorite and that never changed — thanks to writers and their dialogue, along with Grahn, who has put her whole self into the role that allowed her to be a single mom and raise now-adult daughter, Kate Grahn.

Over the last year, Grahn has shown us Alexis’s vulnerable side when she learned she had osteoporosis, as well as her no-holds-barred side as Drunk Alexis, a character unto herself, read Port Charles for filth every moment she had a chance. Of course, the drinking landed Alexis in big trouble when she accidentally tried to kill Dante Falconeri (Dominic Zamprogna) and that’s why she’s now languishing away in a jail that’s not too shabby — and that also houses crazed serial killer Ryan Chamberlain (Jon Lindstrom).

GH Spoilers – Nancy Lee Grahn Is Grateful For The Love

Social media celebrated Grahn over the weekend with video memories and tributes, including the official General Hospital Twitter account. After seeing all her accolades and congratulations, Grahn offered her own thanks, saying: “I’m feeling very loved today and appreciating all of it. Sending it back double fold.”

Grahn’s daughter, Kate, also got in on the action, thanking General Hospital for help raising her the way her mom wanted to.

In Port Charles, Alexis Davis has raised two daughters while Grahn raised her one — and in true soap opera fashion, was reunited with the long-lost daughter she gave up for adoption when she was a teen.

The Davis Girls — Sam (Kelly Monaco), Kristina (Lexi Ainsworth), and Molly (Hayley Pullos) are fan-favorites and always give the audience a good time. The love and affection they feel for one another and the honesty they always give one another is as true to life as anything we usually see on a soap. What would General Hospital ever do without Alexis? Let’s hope we never have to find out.