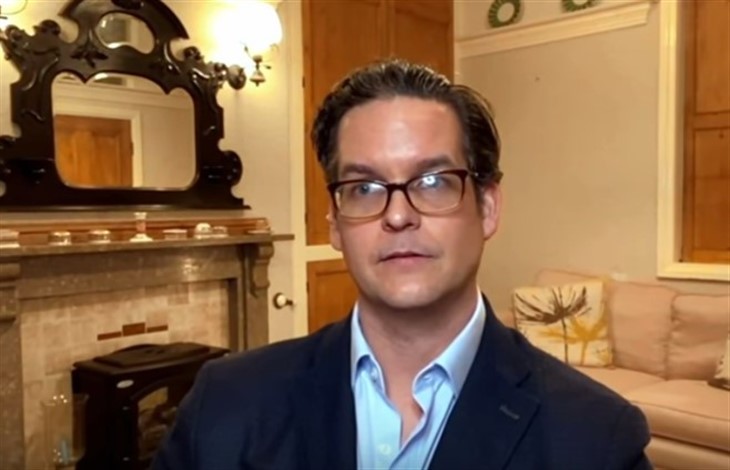 90 Day Fiance star Tom Brooks is back in hot water after rumors of his infidelity surfaced online. The ex-boyfriend of Darcey Silva allegedly cheated on his new girlfriend, Mariah Fineman.

Tom Brooks and Mariah Fineman have been showing off their romance on social media ever since they went public about it earlier this year. The 90 Day Fiance alum and his new love have been very vocal about their relationship, so much so that fans think they’re taking it to the next level soon.

But it seems things took a different when rumors of Tom’s cheating surfaced online. The British native is currently in trouble after evidence of him talking to another woman leaked.

Instagram page @that_mommy_says_bad_words shared screenshots of Tom Brooks’ conversation with another woman. The 90 Day Fiance star was clearly flirting with the unknown lady despite being in a relationship with Mariah Fineman.

Tom even went as far as inviting the woman out on a date multiple times. However, due to COVID-19, the two have yet to spend time together in person. Will they actually push through with it if the situation permits? And how did Mariah Fineman react to Tom Brooks’ supposed flirty messages with another woman?

Shortly after rumors of Tim Brooks’ cheating on Mariah Fineman, the couple announced that they would take a break from social media. The 90 Day Fiance sweethearts decided it’s best to keep a low profile, especially with all the rumors going on.

“Tom and I decided to take time off social media for the next few months,” Mariah confirmed. “Thank you for supporting us on our beautiful journey. We love you guys. And yes, we are still together.”

On the other hand, Tom Brooks announced that he will not be using social media for the next few months and will only do a few promos on his page.

However, fans think that this so-called break won’t probably last long because they frequently post on social media. True enough, Tom is already back doing his usual routine on Instagram Stories.

It’s unclear if Tom Brooks and Mariah Fineman intend to prolong their supposed online hiatus. For now, fans can only hope that things will go back to normal for the couple as soon as possible.

New Days Of Our Lives Series To Air On Peacock Network