90 Day Fiancé: The Other Way Star Ariela Defends Decision To Invite Ex-Husband Into Her Home 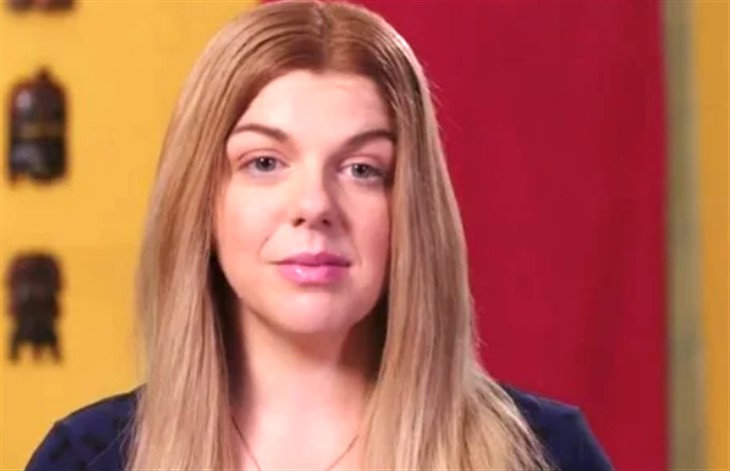 90 Day Fiancé: The Other Way stars Ariela Weinberg and Biniyam Shibre are returning on season 3 of the TLC reality show. The new season teases plenty of conflict in their marriage, especially when Ariela invites her former husband of 10 years, Leandro, to visit her in Ethiopia. For her part, Leandro is her best friend, but will Biniyam see him the same way? Fans of the TLC reality show are mad at Ariela for taking this step, but she is defending herself online.

Since the news came out that Ariela’s former husband, Leandro, is visiting their home in Ethiopia, fans have been up in arms. They cannot understand how she could invite Leandro to stay in her home with her husband, Biniyam.

In the teaser below for the upcoming season, Biniyam can be seen wrestling with Leandro, and it looks like Shibre wins. However, while he might have beaten her ex-husband in that fight, he is worried that Ariela might leave him and return to her former beau.

In a later clip for Sunday’s premiere, Ariela explains to her friend that she gets lonely in Ethiopia by herself. She explained that she is happy that her “best friend” is coming to visit, meaning Leandro, her former husband.

Her friend is a little shocked, as, in Ethiopia, once you are divorced you no longer see your former husband. However, it turns out fans are also shocked by her decision to invite Leandro to her and Biniyam’s home in Ethiopia.

When 90 Day Fiancé posted a teaser for the upcoming season, fans were shocked to find out how close Ariela is with her former husband, Leandro. The comments started flowing about how strange the situation is. However, Ariela didn’t directly respond to any of the hate.

However, one fan did stick up for Ariela, writing that she knows how it is to have an ex as a best friend. The fan wrote, “No way, y’all are not gonna come for @arieladanielle about this! Not only does she look GOOOORGEOUS this season.. buuut as someone whose ex of 12 years is now their ride or die best friend with zero romantic intent or anything close.”

While Ariela didn’t respond to the haters’ comments, she did respond to this more supportive message. She wrote, “Oh they are definitely going to come for me. But I know they just don’t get it. And that’s cool. They’d come for me even if I donated a kidney to a homeless kitten. Can’t win with the internet.”

Due to Leandro’s visit, it looks like season 3 will have plenty of drama surrounding Ariela and Biniyam. However, there are much bigger issues for the couple in the upcoming season. Tensions truly arise when Ariela and Biniyam find out that their son, Avi, needs emergency hernia surgery.

Ariela wants to take Avi to the US for his medical treatment, but Biniyam begs her not to go. He is afraid that history will repeat itself and she will leave him, just like his former wife did with his first child. On top of this drama, it has been teased that Biniyam will give Ariela a serious ultimatum in an effort to save their marriage.

Keep up with their story on season 3 of 90 Day Fiancé: The Other Way, which premieres Sunday at 8 pm ET/PT on TLC. It will also be available for streaming on discovery+.